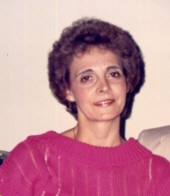 WADESBORO Mrs. Annette Polson Preslar, 76, went to with the Lord on Friday, September 27, 2019 at Anson Health and Rehab in Wadesboro. Funeral services will be 3:00pm Monday, September 30, 2019 at North Wadesboro Baptist Church with Rev. Donnie Helms officiating. Interment will follow in Anson Memorial Park. The family will greet friends one hour prior to the service in the church fellowship hall and other times at the home. Annette was born November 30, 1942 in Mecklenburg County, NC a daughter of the late Jasper Adam "Jack" Polson and the late Margie Elizabeth Swink Polson. In addition to her parents, she was preceded in death by her baby brother, Lynn Polson. She was a 1961 graduate of Wadesboro High School and attended Kings Business College in Charlotte. She worked faithfully at Hornwood in Lilesville for 43 years, where she was the secretary for the company President and in sales. A lifetime member of North Wadesboro Baptist Church, where she sang in the choir and was active in the WMU. She also enjoyed traveling. She and her friends would often participate in Christian Tours bus trips; she often invited her friends to accompany her to New York when she was on work trips. Among her favorite trips was when she and her husband went to Hawaii and visiting lighthouses. Surviving are her husband of 56 years, Jimmy Preslar; her sons and daughters-in-law, Jeff and Mary Ann Preslar of Peachland and Brent and Lara Preslar of Ansonville; her grandchildren, Grayson Preslar and Meredith Preslar both of Ansonville; her sister and brothers, Peggy Humphrey and husband, Jim of Bristol, TN, Jack Polson and wife, Pat of Wadesboro and Charles Polson and wife, Janet of Polkton and her nieces and nephews and their families. In lieu of flowers, memorials may be made to North Wadesboro Baptist Church, PO Box 1388, Wadesboro, NC 28170. The arrangements are in care of Leavitt Funeral Home. Online condolences may be made at www.leavittfh.com
To order memorial trees or send flowers to the family in memory of Annette Polson Preslar, please visit our flower store.