WADESBORO - On Sunday, May 5, 2019 Miss Annie Ruth Caulder, 88, a resident of Wadesboro and formerly of Rockingham, went home to be with her Lord after being in the care of the staff of Wadesboro Health and Rehabilitation Center.

Funeral services will be 11:00am Saturday, May 11, 2019 in the Chapel of Leavitt Funeral Home with Dr. Robert Hunter, Jr. officiating. Interment will follow in Richmond County Memorial Park.

The family will greet friends from 6:00pm until 8:00pm Friday, May 10, 2019 at the funeral home and other times at the home of her nephew and caregiver, Ken Caulder, 606 North Pine Lane in Wadesboro.

Annie Ruth was born September 5, 1930 in Richmond County, NC, the only daughter of the late Henry Duncan Caulder and the late Mary Jane Lampley Caulder. Due to an orthopedic condition and surgeries, she was unable to complete school. One of her proudest accomplishments was that she earned her GED through the Adult Education Program at Richmond Community College.

She worked many years as a seamstress in textiles, having worked at Rockingham Industries for 21 and then 14 years at Sara Lee Hosiery where she retired.

Annie Ruth and her mother were both accomplished seamstresses and made the majority of their own clothing. Annie Ruth would still be dressed in those same clothes if her nephew had not "cleaned out her closet". The ability to use her hands was not limited to sewing; she enjoyed making various kinds of crafts. Annie Ruth made ceramics, enjoyed decoupage, cross stitch, needle point, plastic canvas arts and in recent years, knitting. All of the aides who worked with her at the nursing home each have a cross she made for them.

She was a member of the Church of God of Prophecy in Rockingham for more than 60 years, where she sang in the choir (before being unable to get in the choir loft) but her greatest love in church work was with the childrens ministries. She served as the Vacation Bible School Director and served 17 years as Gleaner Leader. She worked with several generations of children in the church and under her leadership; the Gleaners were recognized 6 years as the top program in the state of North Carolina for their offerings.

Thirteen years ago, Annie Ruth realized she could no longer live alone and she made the decision to move from the family home in Rockingham to Wadesboro. She was one of the first residents to reside in Meadowview Terrace Assisted Living and lived there until 2011 when she was in need of more skilled care and moved to Heritage Hills Nursing Home, now Wadesboro Health and Rehab.

It was after moving to Wadesboro, she would be ministered to by the pastor and church family of First Baptist Church, Wadesboro. It was then she would be introduced to knitting prayer shawls and invited to be a part of the Wadesboro Prayer Shawl Ministry. Many of the prayer shawls she knitted have been shared with those in need of prayer and encouragement in various states. Among the prayer shawl recipients was Robin Roberts from Good Morning America, during her battle with cancer.

Surviving are her brothers and sisters-in-law, Bobby and Linda Caulder of Rockingham, Larry and Billie Sue Caulder of Ellerbe, Virginia Baker of Rockingham and Shirley Harward of Peachland. She never had children of her own, but often referred to her nephews, nieces and church children as her babies.

Also surviving are a special cousin, Myra Garrett of Rockingham; and her caregivers at Wadesboro Health and Rehab, especially Miranda Quick who she referred to as her girl.

The family wishes to express their sincere thanks to the staff and residents at Wadesboro Health and Rehab for being a family to Annie Ruth and accepting and loving her for the person she was. She loved you.

In lieu of flowers, memorials may be made to the Wadesboro Prayer Shawl Ministry, c/o First Baptist Church, P.O. Box 423, Wadesboro, NC 28170.

The arrangements are in care of Leavitt Funeral Home. Online condolences may be made at www.leavittfh.com

To plant memorial trees or send flowers to the family in memory of Annie Caulder, please visit our flower store.

A photo was added for Annie Ruth Caulder 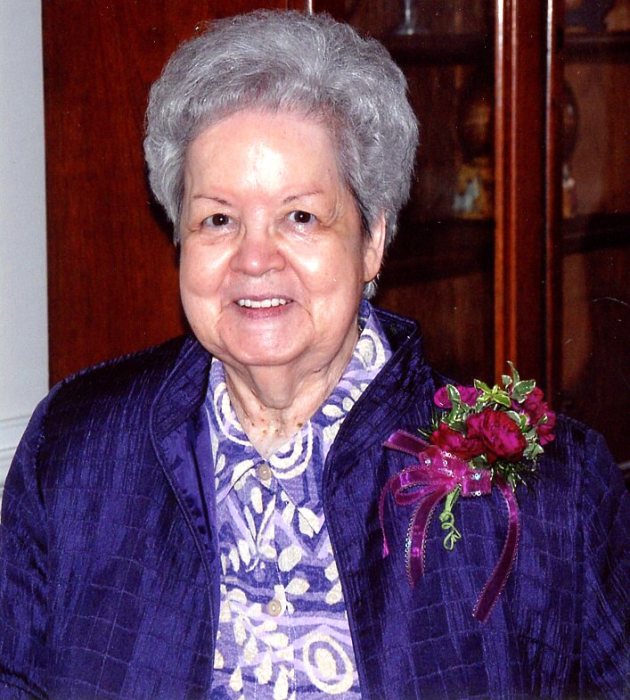 Sorry for your loss. May the scriptures comfort you & strengthen you during this time. Remember that God will soon end our sorrows & reunite us with our loved ones (John 5:28,29).

Prayers for strength and peace....