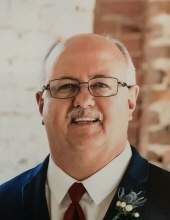 Mr. Anthony Wayne “Tony” Brock, 64, of Charlotte and formerly of Wadesboro, died suddenly Friday, October 2, 2020, at his home. A service to celebrate Tony’s life will be held at 2:00PM Tuesday, October 6th, at First United Methodist Church, Wadesboro, with Rev. Dr. Sarah Kalish officiating. Interment will follow in Anson Memorial Park. A native of Anson County, Tony was born December 16,1955, a son of the late James Robert and Martha McLain Brock. He graduated Bowman High School Class of 1974 and from NC State University in 1978. Following graduation, he began his career with Duke Power’s nuclear division but the division would later be sold to Framatome. An accomplished project manager, Tony’s position was transferred to the new company where he remains employed with over 40 years combined service. Survivors include his wife of 42 years, Martha Marsh Brock of the home; two sons, Brian Ross Brock of the home and Matthew David Brock (Lauren) of Mooresville; and two grandchildren, Sadie Reese Brock and Hayes McLain Brock. In addition to his parents, Tony was preceded in death by a sister, Barbara B. Davis of Chesterfield, SC.
To order memorial trees or send flowers to the family in memory of Anthony "Tony" Wayne Brock, please visit our flower store.