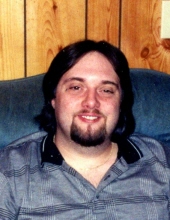 WADESBORO – Mr. Ashley Joel Meachum, 52, died Sunday, August 23, 2020 at Atrium Health Anson in Wadesboro. There will be a memorial service at 11:00am Saturday, September 12, 2020 at Leavitt Funeral Home with visitation following the service. Ashley was born June 14, 1968 in Anson County, NC and was a son of the late James Franklin Meachum and the late Betty Jo Newsome Meachum. He had worked as a fork lift operator at CMH Flooring in Wadesboro. Surviving are his brothers and sister-in-law, Tony and Ellen Meachum of Penrose and Barry Meachum of Lilesville and his nephews and nieces, Tyler Meachum (Mariah) of Anderson, SC, Spencer Meachum of Asheville, Noah Meachum and Abbey Meachum both of Lilesville, Chance Meachum of Peachland and Mandy Meachum of Polkton. In addition to his parents, he was preceded in death by a brother, Ron Meachum and a sister-in-law, Marcia Hildreth Meachum. The family suggests, in lieu of flowers, consider a memorial contribution to Leavitt Funeral Home to assist with funeral expenses. Please use the Crownfuding option on the obituary and note online and credit card fees apply. The arrangements are in care of Leavitt Funeral Home. Online condolences may be made at www.leavittfh.com
To order memorial trees or send flowers to the family in memory of Ashley Joel Meachum, please visit our flower store.

COVID 19 precautions will be in place: Social Distancing and wearing masks.The service will be outside in the shelter next to the chapel.