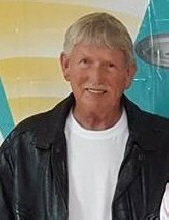 LILESVILLE Mr. Barney Steven Gathings, 73, went to be with his Lord on Tuesday, October 9, 2018 at Novant Presbyterian Hospital in Matthews Funeral services will be 2:00pm Saturday, October 13, 2018 at Cathedral Baptist Church with Rev. Randy Swaringen and Rev. Steve Hill officiating. Interment will follow in Lilesville Cemetery. The family will greet friends from 6:00pm until 8:00pm Friday, October 12, 2018 at Leavitt Funeral Home and other times at the home. Barney was born June 29, 1945 in Anson County, NC a son of the late Roy Barney Gathings and Fannie Mae Eddins Gathings. He was a graduate of Anson High School and was retired from Wansona in Wadesboro. Following his retirement, he worked for a number of years at Brown Creek Correctional Institute in Polkton. He was a long time member of Cathedral Baptist Church where he served as a Deacon and Treasurer. Surviving are his wife of 39 years, Deborah Benton Gathings; his daughter and son-in-law, Karen and Kenny Grantham of Lilesville; his grandson, Joshua Grantham of Lilesville; his sisters and brother, Mary Virginia Bowers Dinkins of Winston-Salem, Sara Jones of Kannapolis, Helen Miller of Greenville and Merle Gathings of Yadkinville; his sisters-in-law and brother-in-law, Jill Trammell (Bill), Donnie Benton (Verdia), Joanie Jones (Kenny), Glenda Lisk (fiance Kenny Brower) all of Wadesboro, Janet McCormick (Joey) of Peachland and Sharon Morton (Rodney) and Audrey Lawhon (Michael) both of Lilesville and his niece and nephews and their families. In addition to his parents, he was preceded in death by his sisters and brothers, Emma Goodwin, Margaret Dutton, Rosa Powell, Fannie Goodwin, Sue Griffin, Ben Gathings and Lee Gathings and by his sister-in-law, Kathy Benton. In lieu of flowers, memorials may be made to Cathedral Baptist Church, 1215 Old Lilesville Rd., Wadesboro, NC 28170. The arrangements are in care of Leavitt Funeral Home. Online condolences may be made at www.leavittfh.com
To order memorial trees or send flowers to the family in memory of Barney Steven Gathings, please visit our flower store.
Send a Sympathy Card