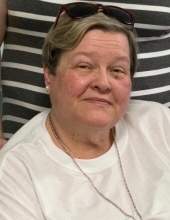 WADESBORO Mrs. Becky Jean Hooks Phillips, 65, died Monday, December 23, 2019 at Atrium Health North East in Concord. Funeral services will be 2:00pm Friday, December 27, 2019 in the Chapel of Leavitt Funeral Home. The family will greet friends one hour prior to the service on Friday at the funeral home and other times at the home. Becky was born October 26, 1954 in Anson County, NC and was a daughter of the late Charles Eugene Hooks and the late Becky Belch Hooks. She had worked for a number of years at Anson County Health Department and later at Anson Pharmacy as a Pharmacy Tech. Surviving are her husband of 46 years, Fred B. Phillips, Jr.; her daughter, Crystal Jean Phillips of Wadesboro; her step-children, Angela Gurley (Szhon) of Clarendon and Chris Phillips of Marshville; her grandchildren, Krista Elizabeth Phillips (Shamara) of Hamlet, Jonathan Kyle Phillips of Wadesboro, Alex Walsh of Polkton, and Ryan Phillips and Devin Phillips both of Marshville; her great-granddaughter, Kyirsten Graham Purcell of Hamlet; her sister-in-law, Marsha Bruton (David) of Hamlet; a nephew, who was more like a son, Johnny A. Johnson of Hamlet and her canine companion, Odie. The arrangements are in care of Leavitt Funeral Home. Online condolences may be made at www.leavittfh.com
To order memorial trees or send flowers to the family in memory of Becky Jean Hooks Phillips, please visit our flower store.