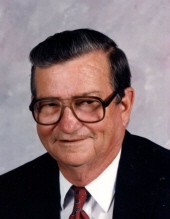 WADESBORO Mr. Frank Bennie Newton, 87, died Wednesday, June 20, 2018 at his home. Funeral services will be 3:00pm Saturday, June 23,2018 in the Chapel of Leavitt Funeral Home with Rev. Sam Abee and Rev. Jeff Goudlock officiating. Interment will follow in Anson Memorial Park. The family will greet friends one hour prior to the service on Saturday and other times at the home. Bennie was born May 19, 1931 in Anson County, NC a son of the late Ernest Bennett Newton and the late Callie Mae Polk Newton. He was a self-employed painter, a Veteran of the United States Army and attended the Wadesboro Church of God. Surviving are his wife of 34 years, Allie Williams Newton; his daughter, Brenda (Paul) Wright of Wadesboro; his brother, Brent Newton of Mt. Gilead; his sister, Eloise Burris of Albemarle; 1 grandson and 7 great-grandchildren. In addition to his parents, he was preceded in death by a son, David Fulk, grandsons, Billy Griffin and Michael Cassidy, brother, Harold Newton and sister, Pines Biles. In lieu of flowers, memorials may be made to the Wadesboro Church of God, 809 N. Greene St., Wadesboro, NC 28170. The arrangements are in care of Leavitt Funeral Home. Online condolences may be made at www.leavittfh.com
To order memorial trees or send flowers to the family in memory of Bennie Newton, please visit our flower store.