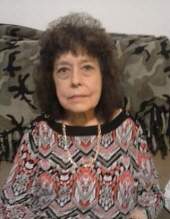 WADESBORO Mrs. Betty Cowick Cranford, 69, died Monday, November 5, 2018 at Carolinas Medical Center Union Atrium Health in Monroe. Funeral services will be 11:00am Thursday, November 8, 2018 in the Chapel of Leavitt Funeral Home with Rev. Barry Gerald officiating. Interment will follow in Anson Memorial Park. The family will greet friends from 6:00pm until 8:00pm Wednesday, November 7, 2018 at the funeral home and other times at the home of her son on West Avenue. Betty was born December 16, 1948 in Anson County, NC a daughter of the late Eugene Cowick, Jr. and the late Ruby Lee Griffin Cowick. She was a graduate of Anson High School, Class of 1967 and was retired from B.C. Moore and Sons, having worked in their corporate offices for 37 years. Surviving are her husband of 50 years, Adam Franklin "Frankie" Cranford; her children, Adam Christopher Cranford and wife, Lisa of Wadesboro and Tanya Leigh Cranford of Wadesboro; her grandchildren, Corporal Christian Chance Cranford of Ft. Meade, MD, Lance Corporal Dillon Clay Cranford of Camp Lejune, Karmen Dakota Cranford and Madison Faith Cranford both of Wadesboro and her sisters and brother, Barbara Cowick Poole and husband, Roy of Stanfield, Dallie Cowick Wright and husband, John of Wadesboro, Gracie Cowick Lang of Myrtle Beach and Eddie "Buddy" Dean Cowick of Goldsboro and her nieces and nephews and their families. In lieu of flowers, memorials may be made to Calvary Baptist Church, 430 Lansford Dr., Wadesboro, NC 28170 or to Mt. Vernon United Methodist Church, c/o, Joyce Meachum, 2139 Stanback Ferry Ice Plant Rd., Wadesboro, NC 28170. The arrangements are in care of Leavitt Funeral Home. Online condolences may be made at www.leavittfh.com
To order memorial trees or send flowers to the family in memory of Betty Cowick Cranford, please visit our flower store.