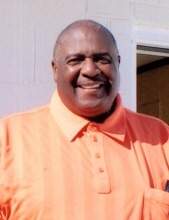 "I have fought the good fight, I have finished my course, I have kept the faith: Henceforth there is laid up for me a crown of righteousness, which the Lord, the righteous judge, shall give me at that day: and not to me only, but unto all them also that love his appearing." II Timothy 4:7~8 On Monday, August 20, 2018, God dispatched an Angel to Autumn Care Nursing and Rehab in Marshville to meet Bobby Pickett, as he stood up and said, "Ive got one more step in me!", to guide him, as he entered into eternal rest. We, his family and friends bow in humble submission to the will of God. Bobby was born June 30, 1943 in Anson County, NC a son Catherine Smith Pickett and the late John Pickett. He attended Henry Grove School and was later employed as a Crane Operator at Anson Wood Yard for 28 years. He confessed Christ as his Savior, and joined Bessie Chapel AME Zion Church, where he was a faithful member. He served the church as a Trustee, as well as, helping with the upkeep of the grounds until his health began to fail. Bobby continued to walk in faith until the end. He found much delight in fishing, maintaining his yard work and spending time with his dog, "Buddy Pickett". He was also preceded in death by his brothers, who he dearly loved, John W. Pickett and George W. Pickett. Bobby met and married the love of his life, Elizabeth Richardson Pickett on June 3, 1969. Theirs was a 48 year union that would forever stand. He leaves to cherish his fond memories; his loving and devoted wife, Elizabeth R. Pickett of the home; his mother, Catherine Pickett of Wadesboro, NC; his children, Carolyn (Darrell) Allen of Polkton, NC, Pearlie (Nannette) Ingram of Delray Beach, FL and Clifton (Annie) Hamilton of Wadesboro, NC; his grandchildren, Ivory Ingram of the home, JaNet Ingram of Wingate, NC and Jadean McCray of Columbia, SC; his great-grandchildren, James, Keeneeshia, Moniquah, Teyniquah Ingram and James Sellars, III; 6 great-great-grandchildren; his aunt, Bessie B. Teal; 7 sisters-in-law, 6 brothers-in-law; 3 nieces, a host of great-nieces, great-nephews, cousins, and friends. He is also survived by special friends, Montez Little, Henry Furr, Darrell Taylor and Steve and Mary Dixon. Funeral services will be 3:00pm Tuesday, August 28, 2018 at Bessie Chapel AME Zion Church in Lilesville. Interment will follow in the church cemetery. There will be a visitation from 7:00pm until 8:00pm Monday, August 27, 2018 at Leavitt Funeral Home, Wadesboro.
To order memorial trees or send flowers to the family in memory of Bobby Pickett, please visit our flower store.