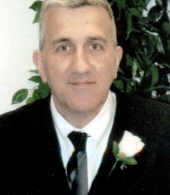 MONROE Mr. Robert Julian "Bobby" Rivers, 65, of Monroe and formerly of Wadesboro, went to be with the Lord on Monday, February 4, 2019 at Hospice of Union County after a courageous battle with leukemia for more than 5 years. There will be a memorial service at 3:00pm Sunday, February 10, 2019 in the Chapel of Leavitt Funeral Home, Wadesboro with Rev. Mark Moore officiating. The family will greet friends one hour prior to the service on Sunday. Bobby was born March 15, 1953 in Wadesboro, NC a son of the late Julian Brigman "Pete" Rivers and the late Mamie Lee Tomlinson Rivers. He was a graduate of Bowman High School, Wingate College and Appalachian State University with a degree in marketing. He worked for a number of years in retail for B.C. Moore and Sons as store manager and later worked with Wadesboro Auto Supply. Bobby loved the Lord and was ordained a minister of the gospel. He enjoyed preaching at every opportunity made possible and singing in the choir. He was a member of Back to Bethel Baptist Church in Monroe. Surviving are his wife, Brenda Hyatt Rivers; his children, Jonathan Rivers of Mocksville and Rebecca Rivers of Wadesboro; his grandchildren, Charlene, Leroy and Thomas; his sister, Sarah "Teena" Hatcher (Alex) of Henderson; his twin brother, William Lewis "Billy" Rivers (Martha) of Polkton; his step-daughter, Debbie Reeve (Willie) of Monroe; his cousin, Betty Lou Horne of Peachland, who was more like a sister; his faithful canine companion, "Baby Girl" and other dear family members and friends. The family appreciates so much the loving way in which he was cared for at Hospice of Union County. In lieu of flowers, memorials may be made to the Leukemia and Lymphoma Society,PO Box 98018, Washington DC 20090-8018 or online www.lls.org or to Hospice of Union County, 700 W. Roosevelt Blvd., Monroe, NC 28110. The arrangements are in care of Leavitt Funeral Home. Online condolences may be made at www.leavittfh.com
To order memorial trees or send flowers to the family in memory of Bobby Rivers, please visit our flower store.
Send a Sympathy Card