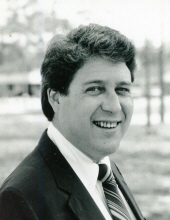 WADESBORO – Mr. Bruce Everette Waddell, 70, died Thursday, February 13, 2020 at The Hermitage in Rockingham. Services will be 2:00pm Sunday, February 16, 2020 by the graveside in Brown Creek Baptist Church Cemetery. The family will greet friends following the service. Bruce was born April 26, 1949 in Anson County, NC a son of the late Fred Lee Waddell and the late Katherine Story Waddell. He was a 1967 graduate of Wadesboro High School and attended Appalachian State University. During high school, Bruce was quite the football player and wrestler. He worked for a number of years as a sales associate for H.B. Allen Clothing Store in Wadesboro. He was a member of Brown Creek Baptist Church. Surviving are his sisters, Leigh Wagner and husband, Mike and Freddie Holley both of Wadesboro; his nephews and niece, Michael Wagner of Cornelius, John Wagner of Wadesboro, James Michael Martin of Asheboro, Charles Holley and wife, Ashleigh and Mary Katherine Holley both of Lilesville; his great-niece and nephews, Maddie Martin, Miles Wagner, max Griffin and Palmer Hendley; his aunt, Ruth Waddell Hickman of Wadesboro and a very special cousin, Lula Ann Davis of Wadesboro. In lieu of flowers, memorials may be made to Brown Creek Baptist Church, 4210 NC 742 N, Wadesboro, NC 28170. The arrangements are in care of Leavitt Funeral Home. Online condolences may be made at www.leavittfh.com
To order memorial trees or send flowers to the family in memory of Bruce Everette Waddell, please visit our flower store.