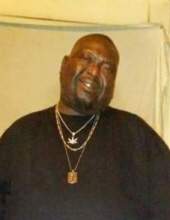 Wadesboro - On Saturday, August 3, 2019, Carlos James Lindsey, AKA "Los Biggs", was called to his eternal rest by Almighty God while a patient at Atrium Health Union in Monroe, NC. Carlos was born Thursday, August 7, 1975 in Anson County, NC a son of Annie Jane Lindsey Marshall and Sylvester Horne. He attended the public schools in Anson County where he played football. Carlos confessed Christ at an early age. Left to cherish his memories are his mother, Annie Marshall; his father, Sylvester Horne; his wife, Wantina Lindsey; his 6 beautiful children, Maria, Aaliyah, Carlos, Jr., Niyah, JaQuan and MaKaylia; his brother, LeAndrew McNair; his sisters, Tiffany Smith (William McLendon), LaShone Horne (James Allen) and Tamara Gaddy (William Gaddy); his sisters-in-law, Tonya Smith and Kimberly Sellers and a host of nieces, nephews, aunts, uncles, cousins and many dear friends. He was preceded in death by his grandparents, James Thomas and Annie Lucas Lindsey, Ben and Albertha N. Horne and a number of aunts and uncles. The family would like thank the doctors, nurses and staff members of Atrium Health Union, especially those who worked with him in ICU (Union), Kristina, Hollie, Maddy, Clinton, Emily, Leah, Heather and Matthew; as well as, those who cared for him through the emergency room. The love and care given to Carlos will never be forgotten. Funeral services will be 2:00pm Saturday August 10, 2019 in the Chapel of Leavitt Funeral Home. The family will greet friends from 1:30pm until 2:00pm Saturday prior to the service and other times at the home of his mother, at Laurel Commons Apartments, 209 Laurel Avenue or at the home of his father, on Camden Road in Wadesboro.
To order memorial trees or send flowers to the family in memory of Carlos James Lindsey, please visit our flower store.