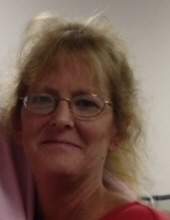 OCEAN ISLE BEACH - Ocean Isle Beach - On Wednesday, Carri Jackson Rembisz, 58, formerly of Lilesville, passed away peacefully at Novant Health Brunswick Medical Center in Bolivia. Her brother and son were with her. Funeral services will be 4:00 pm Sunday, February 28, 2021, in the Chapel of Leavitt Funeral Home with her brother, Rev. Chris Jackson officiating. The family will greet friends one hour prior to the service at the funeral home on Sunday during an informal visitation. Carri was born September 2, 1962 in Hickory, NC and was the daughter of William Allen Jackson and the late Gloria Gilbert Jackson. She was a 1981 graduate of Bowman High School and had worked for CMH Flooring Products in Wadesboro. She was well-liked by her coworkers and the customers she assisted every day. Those left to cherish her memory are her sons, Douglas Rembisz of Hamlet, Daniel Rembisz of Ocean Isle Beach and Andrew Rembisz of Lilesville; 2 granddaughters; her father, Allen Jackson of Wadesboro; her brothers, Chris Jackson (Cathy) of Lilesville and Alex Jackson of Wadesboro and her nieces and nephews and their families. In addition to her mother, she was preceded in death by her brother, David Jackson. The arrangements are in care of Leavitt Funeral Home and online condolences may be made at www.leavittfh.com
To order memorial trees or send flowers to the family in memory of Carri Jackson Rembisz, please visit our flower store.