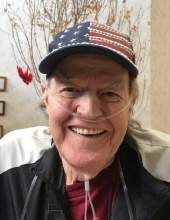 MORVEN – On Tuesday, January 12, 2021, Mr. Charles Wilson Northcutt, Sr., loving husband, and father, entered into rest surrounded by his immediate family. He was 82. Services will be 3:00pm Saturday, January 16, 2021 by the graveside in Pleasant Hill Cemetery (11635 US Hwy 52 S, McFarlan 28102) with Rev. Butch Farrah officiating. Due to the continued COVID-19 risks, we ask that you practice social distancing at all times. The family would like for all attending the service to please wear a face covering. Charlie was born November 5, 1938 in McFarlan, NC and was a son of the late Raymond Henry Northcutt and the late Agnes Joyce Northcutt. He was a graduate of Wadesboro High School and a veteran of the United States Marine Corps. He was a member of the Kilwinning Masonic Lodge #64 and was a Shriner. He received his undergraduate degree from the University of North Carolina at Chapel Hill in Chemistry. He played football for the Tarheels. Charlie later graduated from the North Dakota State University with a master’s degree in Radiation Physics. Following graduation there, he worked for Evanston Hospital in Evanston, IL and later at Baptist Hospital in Winston-Salem. Following his work with the medical field, he worked as a Radiation Safety Officer with Carolina Power and Light, retiring from Duke Energy. Those left to cherish his memory are his wife, Dorothy Wall Northcutt; his children, Chuck Northcutt and wife, Kathy of Rockingham and Lynn Northcutt of Florence, SC; his half-brothers, Lee Northcutt of Charlotte and Steve Northcutt of Wadesboro and his best friend, “Poochie” Northcutt. In addition to his parents, he was preceded in death by his brothers, David Northcutt and James Northcutt. Charlie was quite the outdoorsman and enjoyed hunting and fishing. He also enjoyed attending his children’s sporting events. He overcame many life adversities and health issues over the last several years but fought the good fight and never gave up until the Lord called him home. He is loved and will be missed by many. In lieu of flowers, memorials may be made to Shriner’s Hospitals for Children, 2900 N. Rocky Point Dr., Tampa, FL, 33607. The family plans to have a celebration of Charlie’s life when the COVID 19 pandemic has ended. The arrangements are in care of Leavitt Funeral Home and online condolences may be made at www.leavittfh.com
To order memorial trees or send flowers to the family in memory of Charles Wilson Northcutt, Sr., please visit our flower store.

Due to the continued COVID-19 risks, we ask that you practice social distancing at all times. The family would like for all attending the service to please wear a face covering.