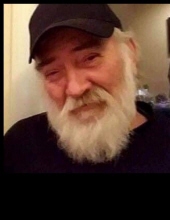 Peachland - Mr. Charles Carey Polson, 72, died Sunday, November 1, 2020, at Atrium Health - CMC Main in Charlotte. Funeral services will be 4:00 pm Tuesday, November 3, 2020, in the Chapel of Leavitt Funeral Home. Interment will follow in Seago Cemetery. The family will greet friends one hour prior to the service. Charles was born November 20, 1947, in Harlem, KY, and was a son of the late Jasper Adam Polson and the late Margie Swink Polson. He worked for many years in construction and roofing. Those left to cherish his memory are his children, Sherri Lang (Scott) of Morven, Christie Grooms of Lilesville and Charles "Chuck" Polson, Jr. (Kim) of Polkton; his grandchildren, Sam Jarrell, Adam Jarrell, Sarah Lang, Jacob Lang, Candy Allen (Dustin), Charles "Scooter" Polson, III (Lysa) and Marissa Polson; 8 great-grandchildren; and his sister and brother, Peggy Humphrey of Bristol, TN and Jack Polson (Patricia) of Wadesboro. Also, his companion, Janet Wright of Peachland; her children, Brandon Wright (Leslie) of Lilesville and Angie Wright of Locust and grandchildren, Brody James, Logan James, Skylar Boone, Maddie Wright, and Abby Wright. In addition to his parents, he was preceded in death by his sister and brother, Annette Preslar and Lynn Polson, and by his beloved dog, Jada. The arrangements are in the care of Leavitt Funeral Home. Online condolences may be made at www.leavittfh.com
To order memorial trees or send flowers to the family in memory of Charles Carey Polson, please visit our flower store.