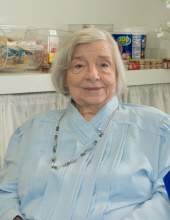 WADESBORO – Mrs. Christine Morrison Dennis, 91, passed away peacefully Wednesday, September 9, 2020 at the home of her daughter. Funeral services will be 2:00pm Saturday, September 12, 2020 at Olivet United Methodist Church with Rev. Sybil Perrell officiating. Interment will follow in the church cemetery. The family will greet friends one hour prior to the service during an informal visitation and other times at the home of her daughter. Christine was born March 29, 1929 in Anson County, NC and was a daughter of the late Benjamin Newton Morrison and the late Eva Ozella Kelly Morrison. She was a 1948 graduate of Wadesboro High School. She was the class secretary and was very instrumental in the organization of their class reunions. A life-long Methodist, she grew up in Wade United Methodist Church and after marrying, she moved her membership to Olivet United Methodist Church where she remained an active member until her health declined. Those left to cherish her memories are her children, Harrison Richard Dennis (Pat) of Charlotte, Benjamin Allen Dennis of Jacksonville, FL, Jilla Dennis Gathings (Billy) of Wadesboro and Cherri Dennis Dudley (Kevin) of Fuquay Varina; her grandchildren, Christopher Dennis of Greenville, Michael Dennis of Charlotte, Kimberly Dennis of Newark, DE, Benjamin Dennis, Jr. and Beth Gannon both of Jacksonville, FL, Charles Dennis of Pooler, GA, Matthew Dennis of Winston-Salem, Kevin Gathings of Ansonville and Brian Gathings of Wadesboro and her 17 great-grandchildren. Other family members include her brothers, Rev. Hayward Morrison (Martha) of Shelby and Gary Morrison (Carolyn) of Rockingham; her sisters-in-law, Martha Goodwin and Wilma Dennis both of Lilesville; her brother-in-law, Lindberg Dennis of Liberty, TN and her nieces and nephews and their families. In addition to her parents, she was preceded in death by her husband of 66 years, Harding Richard Dennis and by her sisters and brothers, Annie Mary Morrison, Mildred McInville, Hattie Mae Bailey, Nancy Hardin, B.W. Morrison, Dewey Morrison and Jackie Morrison. In lieu of flowers, memorials may be made to Olivet United Methodist Church, c/o Martha Goodwin, 3788 Stanback Ferry Rd., Lilesville, NC 28091. The arrangements are in care of Leavitt Funeral Home. Online condolences may be made at www.leavittfh.com
To order memorial trees or send flowers to the family in memory of Christine Morrison Dennis, please visit our flower store.