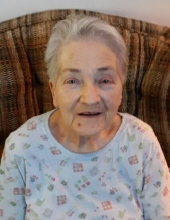 Funeral services will be 3:00pm Saturday, August 14, 2021 in the Chapel of Leavitt Funeral Home. Interment will follow in Anson Memorial Park.

The family will greet friends one hour prior to the service at the funeral.

Connie was born February 10, 1937 in Anson County, NC and was a daughter of the late Gifford Lowder and the late Mary Jewel Meachum Lowder Coppedge. She was a graduate of Lilesville High School class of 1955 and had worked as a Ward Secretary at Anson County Hospital.

In addition to her parents, she was preceded in death by her husband, Thomas Wade "Sam" Diggs and her sisters and brothers, Anna Thompson, Louise Leach, Jack Lowder and Ernest Lowder.

To order memorial trees or send flowers to the family in memory of Connie Lowder Diggs, please visit our flower store.