Sarah Dabney Little McElroy died on October 11, 2019 at age 92. She was born on June 15, 1927 in Wadesboro, NC, the daughter and only child of Risden Tyler Bennett Little, a native of Wadesboro, and Rebecca Capers James Little, a native of Chester, SC. She was predeceased by her husband, Richard C. McElroy Jr, in December 2007. She grew up, resiliently, among the "Greatest Generation" with WWII a constant factor for most of her teenage years. She graduated from Wadesboro High School 1944, from St. Marys College in 1946, and from UNC in 1948, where she particularly enjoyed the Pi Beta Phi sorority and "All the way ChooChoo." She met UNC gentleman Richard McElroy of Wilson, NC, and they were married January 22, 1949, in Calvary Episcopal Church, Wadesboro. She and Richard lived in a number of cities, loving life and friendships wherever they lived. Columbia, SC was their dominant home, but they maintained many lifelong friendships, including those in Wadesboro, Greensboro, Raleigh, and Wilson. Dabney was secretly a very fine pianist, organist, and artist, but her specialty was human relations, as she most enjoyed conversation and knowing and loving people. Throughout her adult years many heart-felt friendships were maintained in Columbia, SC and in all of her home cities. She also enjoyed service to church, civic, social, and charitable organizations. Her primary works in life were her loving roles as wife, mother, and daughter. She is survived by her three children, daughter Sally Murphy and husband Rick of Alexandria VA, son Risden & wife Kirby of Charlotte NC, and son Rick & wife Hargrave of Raleigh NC. She is also survived by seven grandchildren, Dabney & Stuart Murphy; Risden & India McElroy, and Richard (Katherine), Will (Molly) & John (Alex) McElroy; and six great grandchildren. The family gives thanks to Robert White and to Muhammed Mbaye and his family for the years of care they have provided for Dabney. A memorial service will be held on Tuesday, October 15, 2:00 PM, Christ Episcopal Church, 120 E. Edenton St., Raleigh, interment to follow at a later date, Magnolia Summit Cemetery, Wadesboro. The family suggests any memorials be made to Christ Episcopal Church, Transitions LifeCare of Wake County, or your charity of choice.

To plant memorial trees or send flowers to the family in memory of Dabney McElroy, please visit our flower store.

A photo was added for Dabney Little McElroy 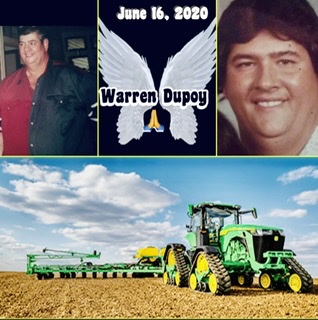 Rick, Hargrave, Will and all the family, My sympathy to all of you in the death of Mrs. McElroy. I very much enjoyed the times I was privileged to deliver communion to her as a eucharistic visitor. And I enjoyed my friendship with her as I do my friendship with all of you as fellow parishioners at Christ Church. May the peace of the Lord be with you all as you grieve her death and celebrate her life!