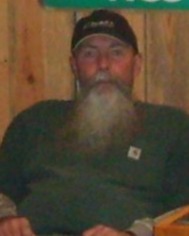 WADESBORO - On Wednesday, January 18, 2023, Mr. Dana "Danny" Phillip Nash, 67, passed away peacefully at Atrium Health Pineville with his wife, daughter and his sister at his bedside.

There will be a memorial service at 2:00 PM, Sunday, January 22, 2023 in the Chapel of Leavitt Funeral Home. The family will greet friends following the service at the funeral home.

Inurnment will be later at Eastview Cemetery.

Danny was born March 18, 1955 in Union County and was a son of Peggy Odom Nash Keller and the late Donald Albert Nash. He was an accomplished brick mason and has worked with several local brick masons and contractors in Anson County.

Those left to cherish his memory are his wife, Debbie Eddins Nash; his daughters, Dana Nash of Marshville and Jessie Nash of Wadesboro; his grandsons, Christopher Dawkins of Lilesville and Blake Driggers of Chesterfield, SC; his great-granddaughter who was the apple of his eye, Scarlett Dawkins; his mother, Peggy Keller of Wadesboro; his sisters, Nancy Nash of Marshville and Lucy Nash of Hamlet; his brother-in-law and sisters-in-law, Ralph Eddins of San Diego, CA, Pat Braswell (Sidney) of Norwood and Suzanne Dyer of Yakima, WA and many good friends and other family members.

In addition to his father, he was preceded in death by his brothers, Chris Nash and David Nash,  his father-in-law, Prentice Eddins, his mother-in-law, Katie Gelsomini and his sister-in-law, Margaret Robeson.

“Let us cross over the river and rest under the shade of the trees.” –Stonewall Jackson

To order memorial trees or send flowers to the family in memory of Dana "Danny" Phillip Nash, please visit our flower store.