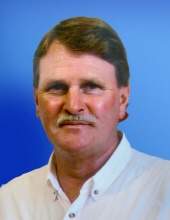 POLKTON – On Sunday, October 25, 2020, Mr. David Harold Owens, 59, went to be with the Lord while in the care of Tucker Hospice House in Kannapolis. Funeral services will be 11:00am Thursday, October 29, 2020 in the Chapel of Leavitt Funeral Home with Rev. Scott Baucom officiating. Interment will follow in Marshville City Cemetery. The family will greet friends from 5:00pm until 7:00pm Wednesday, October 28, 2020 at the funeral home and other times at the home. David was born December 13, 1960 in Rowan County, NC. He was the son of Leon Harold and Mary Owens of Polkton and Carol Shoaf Smith of Salisbury. He was raised in Charlotte and was a graduate of Independence High School. He and his family were residents of Anson County for 35 years and attended New Home Baptist Church in Peachland. He was a welder by trade and prior to health issues, he was employed with the City of Monroe Energy Services Gas Division as a pipeline inspector for 16 years. In addition to his parents, those left to cherish his memories are his wife of 35 years, Jennifer Funderburk Owens; his son, Avery Harlynn Owens; his sisters, Cindy Owens Williams (Greg) of Randleman, Carole Davis (Jim) of Matthews and Diana Hargett (Brad) of Hollister, CA; his sister-in-law, Tammie F. Edenfield (Charles) of Matthews; his brother-in-law, Eugene Funderburk (Caryn) of Chapin, SC and his nieces, nephews, cousins and their families. In addition to is grandparents, he was preceded in death by his sister-in-law, Donna F. Collins. David will be remembered as a loving and devoted husband, father, son, brother, and friend. In lieu of flowers, memorials may be made to the charity of the donor’s choice. The arrangements are in care of Leavitt Funeral Home. Online condolences may be made at www.leavittfh.com
To order memorial trees or send flowers to the family in memory of David Harold Owens, please visit our flower store.

For the safety of others, please practice COVID 19 precautions; social distancing and wearing face coverings.

For the safety of others, please practice COVID 19 precautions; social distancing and wearing face coverings.