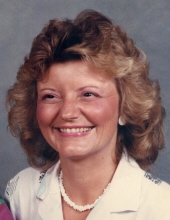 WADESBORO – On Thursday, February 18, 2021, Deborah “Debbie” Diggs Winfree, 67, peacefully went to be with the Lord at her home. Services will be 2:00pm Saturday, March 6, 2021 by the graveside in the Diggs Family Cemetery in Morven with Rev. Sydney Pratt officiating. The family will greet friends following the service at the cemetery. Debbie was born December 6, 1953 in Anson County, NC and was a daughter of the late Riley Franklin “Bud” Diggs and the late Patricia Ann Gaddy Diggs. She was a 1972 graduate of Bowman High School. She worked as a legal secretary, having worked in the law offices of Henry Wansker in Rockingham and Henry T. “Hank” Drake in Wadesboro. Those left to cherish her memory are her sister and brother, Rhonda Diggs Little (Rob Rozee) of North Myrtle Beach, SC and James “Pete” Diggs (Polly) of Brentwood, TN; her nieces and nephews, Ashley Little Price (Ted) of Raleigh, Brian Diggs (Anna), Blake Diggs and Hayley Diggs all of Nashville, TN; her great-nephew and great-niece, Teddy and Alexis Price; her uncles and aunts, Larry Diggs (Mona) of Polkton, Richard Gaddy of Cheraw, SC, Norma Gray Adams and Janet Gaddy both of Chesterfield, SC. Debbie lived a simple life and had a great faith. She loved being outdoors, growing and arranging flowers, animals, especially her dog, Sophie, and all kinds of music and dancing. She was a great southern cook and made the best homemade biscuits and cornbread dressing. The family would like to express their heartfelt gratitude to her neighbors and dear friends, Connie Tucker and Debbie Phillips for all they did for Debbie and how much they loved and cared for her. In lieu of flowers, memorials may be made to the Friends of the Anson County Animal Shelter, c/o Maureen Lett, 307 Leak Ave., Wadesboro, NC 28170. The arrangements are in care of Leavitt Funeral Home and online condolences may be made at www.leavittfh.com
To order memorial trees or send flowers to the family in memory of Deborah Diggs Winfree, please visit our flower store.