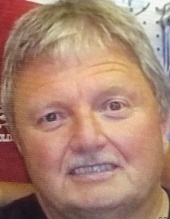 The obituary for Dock Donahue, Jr. is posted as a courtesy to the family as he owned and operated Wadesboro Lumber and Barn in Wadesboro. A Mighty Oak has Fallen in the Donahue family. On Wednesday evening, August 1, 2018 Mr. Dock Thomas Donahue, Jr. left this earthly world for his heavenly home. A Celebration of Docks life will be held at 4:00 PM Saturday, August 4, 2018 from the Chapel of Miller-Rivers-Caulder Funeral Home by the Rev. Robert Rivers and Rev. Michael Chambers. The family will greet friends from 3:00 4:00 PM Saturday, and also immediately following the service at the funeral home. A private family entombment service will be held at Long Branch Baptist Church Cemetery. Mr. Donahue was born January 23, 1961 in Monroe, NC a son of the late Dock Thomas and Gatha Price Donahue. He was the owner and operator of Wadesboro Lumber and Barns and Triple D Farms. Dock was a very selfless and kind hearted man who was always willing to help anyone in need and even demonstrated that through his love and affection for animals. A member of Long Branch Baptist Church, Dock will be remembered as a devoted husband, loving father, and proud "Paw-Paw" who exemplified Proverbs 18:24 in his life. "A man that hath friends must show himself friendly: and there is a friend that sticketh closer than a brother." In addition to his parents, Dock was reunited in heaven with his grandson, Dylan Thomas Donahue; 2 brothers, Hubert Donahue and Jimmy L. Donahue and sister-in-law, Carolyn Donahue; Survivors include his beloved wife of 37 years, Wanda Steen Donahue of the home; 2 sons, Kevin (Nikki) Donahue, and Sandy (Brandy) Donahue both of Mt. Croghan, SC; daughter of the heart, Nina (Justin) Dean of Pageland, SC; grandchildren, Lucas Thomas Donahue, Ryleigh Faith Donahue, Levi Thomas Donahue, Carter Thomas Donahue, and Londyn Inez Donahue; brothers, Tony L. (Amy) Donahue of Ruby, SC; sisters, Joanne (Bill) Chewning of Jefferson, SC, Judy Kirkley of Pageland, SC, and Brenda (Billy) Rollings of Jefferson, SC; also numerous nieces, nephews, and friends. Memorials may be made to Long Branch Baptist Church, 550 Long Branch Church Road, Jefferson, SC 29718. Miller-Rivers-Caulder Funeral Home (www.mrcfuneralhome.com) of Chesterfield, SC is serving the Donahue family.
To order memorial trees or send flowers to the family in memory of Dock Thomas Donahue, Jr., please visit our flower store.
Send a Sympathy Card