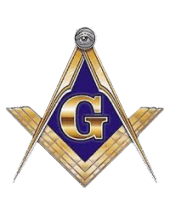 WADESBORO Mr. Donald Davis Burr, 81, died Sunday, July 7, 2019 at Novant Medical Center in Matthews, NC. Funeral services will be 4:00pm Wednesday, July 10, 2019 in the Chapel of Leavitt Funeral Home with Rev. Scott Baucom officiating. Interment will follow in Anson Memorial Park. The family will greet friends one hour prior to the service on Wednesday and other times at the home. Don was born June 28, 1938 in Anson County, NC a son of the late James Clement "JC" Burr and the late Hattie Grace Watts Burr. He was a graduate of Wadesboro High School and Wingate College. Following graduation from Wingate, he worked in the accounting and bookkeeping department for Belk Stores and also did income tax services. He was the former owner and operator of Anson Fertilizer and Lime Company and prior to his retirement owned Burr Farms. A life-long Presbyterian, he was a member of Camden Presbyterian Church in Wadesboro until its closing. Surviving are his wife, Donna Morris Burr; his son, Davis Burr of Wadesboro; his grandchildren, Zackary, Chase, Ava and Mason; his brother and sister-in-law, Joe and Sue Burr of Wadesboro and his niece and nephews, Susan, Joey, Bobby and Richard. In lieu of flowers, memorials may be made to Camden Presbyterian Church Cemetery Fund, c/o, Brenda Gaddy Meachum, 1534 Beaver Rd., Wadesboro, NC 28170. The arrangements are in care of Leavitt Funeral Home. Online condolences may be made at www.leavittfh.com
To order memorial trees or send flowers to the family in memory of Donald Davis Burr, please visit our flower store.