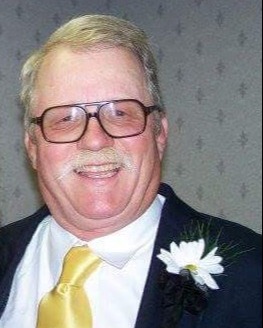 Scott was born March 22, 1952, in Anson County, NC, and was a son of Charles Eugene Freeman of Wadesboro and the late Hazel Simpson Freeman. He was a graduate of Anson High School and Anson Community College. He was a veteran of the United States Army.

Those left to cherish his memory are his wife of 40 years, Nancy Sampson Freeman; his children, Renee Stickland (Robert) of Dillon, SC, Nicole Britt of McColl, SC, Ray Quick of Salisbury, Angela Schulz (Jonathan) of Mt. Gilead and Scottia Kelly (Mike) of Wadesboro; 14 grandchildren; 6 great-grandchildren; his father, Eugene Freeman of Wadesboro; his sisters and brother, Dare Ford (Keith) of Hendersonville, Mike Freeman of Wadesboro and Rebecca Freeman of Lumberton; his sister-in-law, Cora Freeman of Orinda, CA; his nieces and nephews and their families and Neal Beverly of Wadesboro, who was a like a son to him.

In addition to his mother, he was preceded in death by his brother, Richard Freeman.

To order memorial trees or send flowers to the family in memory of Donald Scott Freeman, please visit our flower store.