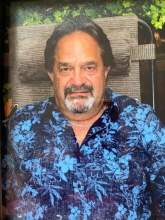 Mr. Donald (Donny) Harold Wright, age 64, passed away Tuesday October 1, 2019 at Atrium Health Union Hospital, Monroe, NC from congestive heart failure. A Celebration of his life will be held at 3:00 pm Saturday October 12, 2019 at First Baptist Church, Wadesboro, NC. The family will greet friends Friday October 11, 2019 from 6:00 to 8:00pm, at Leavitt Funeral Home, Wadesboro, NC and other times at the family home. Donny was born May 10, 1955 in Stanly County, NC. He was one of a set of triplet boys born to Frances Biles Wright and the late John Bernard Wright. He graduated from Bowman High School in 1973 and from UNC-Chapel Hill in 1978 with a BS degree in Hospital Administration. He has remained a loyal Tar Heel fan and loved watching and attending UNC games. After college, Donny worked for Eastern Airlines before moving to Park City, Utah and working for Deer Valley Ski Resort. Later he owned and operated Husky Pool and Spa. Donny lived in Park City for over 30 years where he loved the mountains, skiing and winter sports. There he met his partner of 28 years, Cathy Downs and her daughter Carrie whom he loved dearly. He embraced becoming Carries Daddy and became a strong advocate for persons with disabilities. Donny loved working with the National Abilities Center in Park City, Special Olympics Ski Program and with the Palisades Pals group who provided camping and recreational opportunities for persons of all ages with special needs. He was very active through the years with the Summit County Council for Families with Disabilities and once served as President of that group. Donny was honored in 2003 as the Advocate of the Year by the Council for Families with Disabilities. Donny always had Siberian Husky dog companions by his side in Utah. They went everywhere with him and he completed his world by raising and loving Husky puppies. Many people called Donny a "dog whisperer" because of his special bond with Huskies, with Shelties and all dogs. Donnys family was thrilled when he returned to NC in 2012. It meant the world to his Mother that he moved in and lovingly cared for her. He had fun being a playful uncle with his nieces and nephews. He reconnected with old friends and found love again. Donny and Deb sought out many adventures together and enjoyed a love for dogs, cooking, music and Merlefest and time at the beach to go with his love of the snow and the West. Donny will be remembered for many things, especially his zest for life, always ready for adventure, his kind and loving heart and his compassion for others. He would do anything to help someone and not expect anything in return. He was a wonderful son, brother, Daddy and uncle. a genuine and loyal friend and a blessing to all who knew him. Donny is survived by his Mother, Frances Wright, of the home, his daughter Carrie Snoddy of Utah, 4 siblings Deborah Wright Ballard (Charles) of Mebane, NC, Becky Wright ONeal (Bart) of Lake Tillery, NC, Daniel Edward Wright (Pam) and John Walter Wright (Rexanna) all of Durham, 7 nieces and nephews and 7 great nieces and nephews, his partner Deborah Caudle of Polkton, NC and 2 fur babies. He was preceded in death by his father, John B. Wright and a special niece Emma Caroline Wright. Donny was dearly loved by his family and will be greatly missed. If you would like to make a memorial donation, we believe Donny would suggest the TSR (Triangle Sheltie Rescue), PO Box 426, Youngsville, NC 27596 and the 5 P Minus Society, 6229 Eckleson Street, Lakewood, CA 90713 or to your favorite charity. The 5 P Minus Society provides education and support for families and medical professionals to maximize the quality of life for those with Cri du Chat Syndrome. The arrangements are in care of Leavitt Funeral Home. Online condolences may be made at www.leavittfh.com.
To order memorial trees or send flowers to the family in memory of Donald Harold Donny Wright, please visit our flower store.