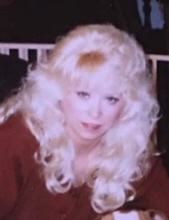 CHARLOTTE - Mrs. Doris Costner Yem, 72, passed away on May 10, 2018, peacefully in her sleep at her home in Charlotte, North Carolina. Funeral services will be at 11:00am, Tuesday, May 15, 2018 in the Chapel of Leavitt Funeral Home located at 2036 Morven Road in Wadesboro, North Carolina. Interment will follow in Anson Memorial Park. The family will greet friends from 6:00pm until 8:00pm, Monday, May 14, 2018, at the funeral home. Doris was born on October 19, 1945, in Wadesboro, North Carolina, to the late Jesse and Ruby Costner, also of Wadesboro. She was a graduate of Wadesboro High School and worked in both Wadesboro and Charlotte for the banking industry, serving in the capacity of both teller and trust officer. Later in her career, Doris moved into the field of information technology before eventually retiring. Doris cherished the time she spent with her many friends and family. One of her greatest joys in life was doting on her three English Bulldogs named Puc, Penny, and Paco. She also loved to watch movies and one of her favorite genres was science fiction. In addition to her parents, Doris was also preceded in death by her brother, Kenneth Costner and her sister, Joyce "Faye" Vaughn. Survivors include her husband Huseyin Yem of Charlotte, NC; her son, Buff "Rohn" Griggs, of Charlotte, Nc; her granddaughter, Whitley Morgan Griggs of New York, NY; her sisters, Lib Liles of Wadesboro, NC and Margaret Pigg of Conway, SC, and her brother James "Buddy" Costner of Harrisburg, NC and her nieces and nephews and their families. In lieu of flowers, memorials may be made in memory of Doris to The Human Society of Charlotte at their website at www.humansocietyofcharlotte.org The arrangements are in care of Leavitt Funeral Home and online condolences may be made at www.leavittfh.com
To order memorial trees or send flowers to the family in memory of Doris Costner Yem, please visit our flower store.