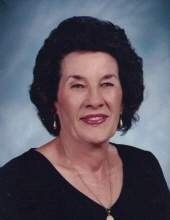 POLKTON - Mrs. Dorothy "Dot" Eleanor Lett Howell, 82, passed away on Tuesday evening, May 28, 2019 at her home. Dot was born on February 15, 1937 to the late Max Fowler and Katherine Imer Lett Fowler in Laurinburg, NC. She was the beloved granddaughter of the late Early Walker and Sarah (Sallie) Boan Lett, with whom she made her home, thus being surrounded by many aunts and uncles who were much liked her sisters and brothers. During early years, she became well-known by the community for her delicious home-cooked meals served at Dots Grill. In the 1980s, she joined her husband where they worked side-by-side in operating Tommys Forest Products, and later, Tommys Timber Company. Dot was a devoted wife, compassionate mother and grandmother, and loyal friend. With a passion for four-legged friends, she took great pleasure in caring for a menagerie of animals on the family farm and enjoyed hosting children from the community that stopped to visit them. She was a long-time member of Hopewell United Methodist Church and also attended Red Hill Baptist Church. Dot was preceded in death by her loving husband and best friend of 54 years, Thomas (Tommy) Anderson Howell, and son, Thomas (Lil Tommy) Anderson Howell II. Surviving is her granddaughter, Scarlett Howell, of Charlotte; her daughter-in-law, Lynette Howell Wallace and son Charles Wallace II, of Polkton; her sisters, Ann Goodwin and Margaret Mills both of Monroe, and Margie Ison of Danville VA; and her brothers, Max Fowler of Wadesboro, and Malcom Fowler and wife Diane of Polkton; and her nieces and nephews and their families, Fowler, Lett and Howell families. Services will be 3:00pm Saturday, June 1, 2019 by the graveside in Cedar Grove Baptist Church Cemetery. The family will receive friends following the service at the home. In lieu of flowers, memorials may be made to Cedar Grove Baptist Church Cemetery Fund, % Alice Cox, 12509 HWY 742 N, Polkton, NC 28135. The arrangements are in care of Leavitt Funeral Home. Online condolences may be made at www.leavittfh.com
To order memorial trees or send flowers to the family in memory of Dorothy Dot Lett Howell, please visit our flower store.