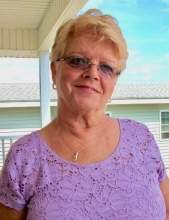 WADESBORO Mrs. Dorothy "Dot" Pope Marsh Sullivan, 76, went to be with her Lord and Savior on Tuesday, May 7, 2019 while in the care of Hospice of Union County in Monroe. Funeral services will be 4:00pm Thursday, May 9, 2019 in the Chapel of Leavitt Funeral Home with Rev. Rocky Carpenter officiating. Interment will follow in Anson Memorial Park. The family will greet friends from 2:00pm until 4:00pm Thursday at the funeral home and other times at the home of her son and daughter-in-law, Marty and Pam Marsh, 4151 Country Club Rd., Wadesboro. Dot was born October 2, 1942 in Anson County, NC a daughter of the late Rev. Isaac Hunter Pope and the late Sadie Thomas Pope. She was a graduate of Anson High School and worked as Secretary and Bookkeeper in the familys business, H.F. Marsh and Son in Wadesboro. Surviving are her husband, Ronnie Sullivan; her sons and daughter-in-law, Rob Marsh of Rockingham and Marty and Pam Marsh of Wadesboro; her grandchildren, Travis Marsh and wife, Kayla of Charlotte and Lindsey Marsh of Wadesboro; her brothers and sisters-in-law, Jerry and Betty Pope of Polkton, Glenn and Joyce Pope of Wadesboro and Dennis and Carol Pope of Dalton, GA and her nieces, Deana, Kelly, Lori and Jodi and their families. In addition to her parents, she was preceded in death by her first husband, Flake Marsh. Dot was a part of the church family of Harmony Community Church in Peachland. She loved times spent at the beach and fishing. In lieu of flowers, memorials may be made to Hospice of Union County, 700 W. Roosevelt Blvd., Monroe, NC 28110 or to Samaritan Colony, 136 Samaritan Dr., Rockingham, NC 28179. We are confident, I say, and willing rather to be absent from the body, and to be present with the Lord. 1 Corinthians 5:8 The arrangements are in care of Leavitt Funeral Home. Online condolences may be made at www.leavittfh.com
To order memorial trees or send flowers to the family in memory of Dorothy Marsh Pope Sullivan, please visit our flower store.