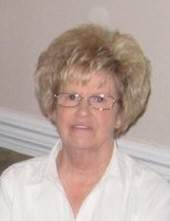 ANSONVILLE – On Sunday, February 21, 2021, Mrs. Dorothy Vaughn Tyson, 77, of High Point and formerly of Ansonville, went to be with the Lord at Wake Forest Baptist Hospital High Point Medical Center in High Point. Funeral services will be 2:00pm Thursday, February 25, 2021 in the Chapel of Leavitt Funeral Home with Rev. Billy Vaughn officiating. Interment will follow in Red Hill Baptist Church Cemetery. The family will greet friends during an informal visitation one hour prior to the service on Thursday at the funeral home. Dorothy was born September 21, 1943 in Anson County, NC and was a daughter of the late David Eugene Vaughn and the late Ruby Cox Vaughn. She grew up in Forestville United Methodist Church and later her family attended Red Hill Baptist Church. She was a 1961 graduate of Anson High Schools first graduating class and attended Pfieffer College. She began a long career in banking, which started with American Bank and Trust, retiring with 22- and one-half years of service. She later worked as the Finance Officer for Anson County for 22 years retiring in 2005. Following retirement from the county, she worked as a switchboard operator at Anson Community Hospital. After retirement from the hospital, Dorothy moved to High Point to begin working at her favorite position of all, full time grandmother. She attended many school programs and awards ceremonies and thoroughly enjoyed watching her grandchildren excel in school. Many Friday nights were spent watching her granddaughters cheer and many weekends were spent watching their softball games. If that were not enough, she attended dance recitals, horse shows, livestock shows, dance and cheer competitions. Her grandsons kept her just as busy with basketball and baseball. She was their biggest fan, and they will always cherish seeing her in the bleachers and audience cheering them on. Those left to cherish her memory are her daughters, Annette Yaudes (Scott) and Allison Foust (John Rhodes) both of High Point and their father, Lavon Tyson of Ansonville; her grandchildren, Mackenzie Yaudes, Reese Yaudes, Scottie Yaudes and Kyle Foust all of High Point; her sisters and brother, Emma Poplin and David Vaughn (Kay) both of Lilesville and Diane Childs of Florence, SC; her Tyson family in-laws, Kayda Tyson, Joyce Pope (Glenn) and Wanda Chappell (Jerry) all of Wadesboro, Carol Gill (Don) of Sturgis, KY and Debbie Taylor (Wayne) of Rocky Mount and her nieces and nephews and their families. Dorothy will be remembered as a loving and devoted mother, grandmother, daughter and sister. She loved her family unselfishly and helped to care of her mother who lived to be 101 and her aunt, Faye Cox. In lieu of flowers, memorials may be made to Red Hill Baptist Church Cemetery Fund, C/O Stephanie Maner, P. O. Box 207, Ansonville, NC 28007 or to Forestville United Methodist Church Cemetery Fund, P.O. Box 452, Lilesville, NC 28091. The arrangements are in care of Leavitt Funeral Home and online condolences may be made at www.leavittfh.com
To order memorial trees or send flowers to the family in memory of Dorothy Vaughn Tyson, please visit our flower store.