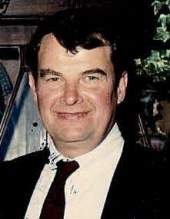 Please note the arrangements have been updated. ARLINGTON, VA Mr. John Douglas Helms, 73, died Wednesday, September 5, 2018, at the Virginia Hospital Center in Arlington, VA. Services will be 11:00am Saturday, September 22, 2018 at Fountain Hill United Methodist Church in Peachland. Interment will follow in the church cemetery. The family will greet friends following the service at a reception in the church fellowship hall. Douglas was born June 29, 1945, in Union County, NC, a son of the late John Reece Helms and the late Mildred Cornelia Ross Helms. In addition to his parents, his brother Michael R. Helms and his brother-in-law Sherrill Griffin preceded him in death. He was a 1963 graduate of Forest Hills High School in Marshville; a 1967 graduate of the University of North Carolina at Chapel Hill with a Bachelor of Arts in History. He continued his education at Florida State University, earning a Master of Arts Degree in 1970 as well as a Doctorate in American history in 1977. During his college studies, he first researched the impact of the boll weevil on cotton crops and continued this research in his Masters and Doctoral studies. Following his education, Douglas moved to the areas of Arlington, VA, and Washington, DC, where he worked at the Smithsonian Institute and at the National Archives. He later became employed with the United States Department of Agriculture, Natural Resources Conservation Services as historian. At the time of his retirement, he had worked for more than 30 years with the department. He was the first historian for NRCS. In 2008, the NRCS published his history of snow surveys, "The History of Snow Survey and Water Supply Forecasting" (Washington, D.C.: U.S. Department of Agriculture, 2008). In addition to chronicling the history of snow surveying, the bulletin also contained interviews with many of the pioneers who had participated in the beginnings of snow surveying. Although George Dewey Clyde figures prominently as a character in Helmss narrative history, he died in 1972 and his recollections were never recorded. To say he was a "history buff" as well as a history professional is an understatement. He was very instrumental in the recognition of the Hugh Hammond Bennett Conservation Site in Anson County and was featured as a speaker at the sites dedication ceremony. Douglas published a book entitled, He Loved to Carry the Message about Bennetts writings about soil conservation. This volume included early writings by Helms himself. At the time of his death, he was preparing a biography of Hugh Hammond Bennett. Douglas was well-respected among his colleagues and in his area of knowledge. He was often booked as key note speaker for conferences abroad. He was a member of The North Caroliniana Society, an honor society which promotes literature, history and culture. He also contributed writings for a book published by the Anson County Historical Society. He cherished deep family roots and history in both Anson and Union Counties. He loved the Fountain Hill Community, which felt like home to him, and Fountain Hill Church and Cemetery, which has been a part of his family for generations and where he will be laid to rest. Family was very important to Douglas and he held very dear his relationships with his maternal aunt and uncle, Avis Ross Lee and Blonnie Ross, and his paternal aunts and uncles, Lois Helms Huggins, Kate Helms Huggins, Roy, Bill, J.C., Marvin and Parvin Helms, all of whom preceded him in death. Douglas had a very special relationship with his uncles, Roy, Marvin and Parvin who all lived on the Helms family farm in the Olive Branch Community. He enjoyed traveling, especially on a family trip to New Zealand with his sisters and brothers-in-law and traveling the world as a Formula 1 race fan. He was a collector. Among his collections were books, family history, soil service information, coins and stamps. He really enjoyed baseball and had a passionate ear for Blue Grass music. Surviving Douglas are his sisters and brother-in-law, Flora Faye Helms Griffin of Simpsonville, SC, and Martha Helms Cooley and James of Oak Ridge, NC; his sister-in-law, Judy Helms of Stallings, NC; his nieces and nephews, Marcia G. Murff of Greenville, SC, Alan Griffin (Tracy) of Simpsonville, SC, Jason Cooley (Caroline Evarts) of Los Alamos, NM, and Susannah McKinney (Patrick) of New Orleans, LA, and their families; his cousins who were very dear to him; and his friends in Arlington, VA, who were indeed a second family to him. In lieu of flowers, memorials may be made to Fountain Hill Church Cemetery Fund, c/o, Judy Horne, 2152 Cappadocia Church Road, Peachland, NC, 28133, or Anson County Historical Society, 206 E Wade St., Wadesboro, NC 28170, or Union County Historical Society, P.O. Box 397, Monroe, NC, 28111. The arrangements are in care of Leavitt Funeral Home. Online condolences may be made at www.leavittfh.com Visitation following the service: 9528HWY 218 E Peachland, NC 28133 Saturday September 22, 2018 Fountain Hill United Methodist Church
To order memorial trees or send flowers to the family in memory of Douglas Helms, please visit our flower store.