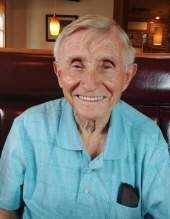 WADESBORO Mr. Earl Franklin Gregory, 85, of Ellerbe and formerly of Wadesboro, died peacefully Thursday, November 28,2019 at Richmond County Hospice Haven in Rockingham. There will be a memorial service at 7:00pm Tuesday, December 3, 2019 in the Chapel of Leavitt Funeral Home with Rev. Jimmy Knotts officiating. The family will greet friends one hour prior to the service on Tuesday. A private inurnment will take place at a later date in Anson Memorial Park. Earl was born May 18, 1934 in Anson County, NC a son of the late John Dawson Gregory and the late Josie Williams Gregory. He was a veteran of the United States Army, having served during the Korean Conflict and was retired from the North Carolina Department of Transportation. Surviving are his children, Dean Gregory and Lynn Gregory Nance and husband, Clay both of Ellerbe; his grandsons, Austin Brown of Aberdeen and Hunter Brown of Ellerbe; his brothers and sisters, Richard Gregory of Pinebluff, J.D. Gregory of Louisville, KY, Lou Moore of Wadesboro and Margie Ashby of Hamlet. In addition to his parents, he was preceded in death by his wife, Faye Maree Gregory and by his sisters and brother, Pauline Gregory, Irene Williams and Kurt Gregory. The family wishes to express their sincere appreciate to the staff of Richmond County Hospice for the loving manner in which they cared for Earl in his final days. In lieu of flowers, memorials may be made to Richmond County Hospice Haven, 1119 US-1, Rockingham, NC 28379. The arrangements are in care of Leavitt Funeral Home. Online condolences may be made at www.leavittfh.com
To order memorial trees or send flowers to the family in memory of Earl Franklin Gregory, please visit our flower store.