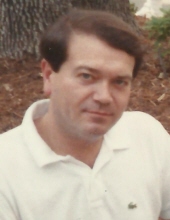 Wadesboro - Mr. Edd Herman Charlton, 67, passed away on Tuesday, February 2, 2021. There will be a memorial service at 5:00 pm Sunday, February 7, 2021, in the Chapel of Leavitt Funeral Home. The family will greet friends following the service. Edd was born June 25, 1953, in Anson County, NC, and was a son of Ruth Deese Charlton and the late Henry S. Charlton. He was a graduate of Bowman High School, received a Bachelor of Arts Degree from North Carolina State University, and later his Master's Degree in Business Administration from the Citadel. He worked for a number of years with Kroger Grocery Stores in Charleston, SC, and later retired from the Employment Security Commission as an unemployment claims analyst. He also worked at Richmond Community College as a history instructor. Edd loved history and was a Civil War enthusiast. Surviving are his mother, Ruth Charlton of Wadesboro; his children, Emily McGovern (Jeremy) of Tybee Island, GA, Eddie Charlton of Maryland, Winslow Charlton of Wilmington; his step-daughter, Victoria Moore of Kannapolis; his grandson, Henry; his brother, Jerry Charlton (Betty) of Wadesboro and his nieces and nephews and their families. Edd's family is very grateful for his friend and neighbor, Frank Jones, caregiver Betty Jean Bailey and friend Tony for all they have done for him. In lieu of flowers, memorials may be made to the Anson County Historical Society, 206 E Wade St, Wadesboro, NC 28170 or the Anson County Arts Council, Ansonia Theater, 110 S Rutherford St, Wadesboro, NC 28170. The arrangements are in care of Leavitt Funeral Home and online condolences may be made at www.leavittfh.com
To order memorial trees or send flowers to the family in memory of Edd Herman Charlton, please visit our flower store.