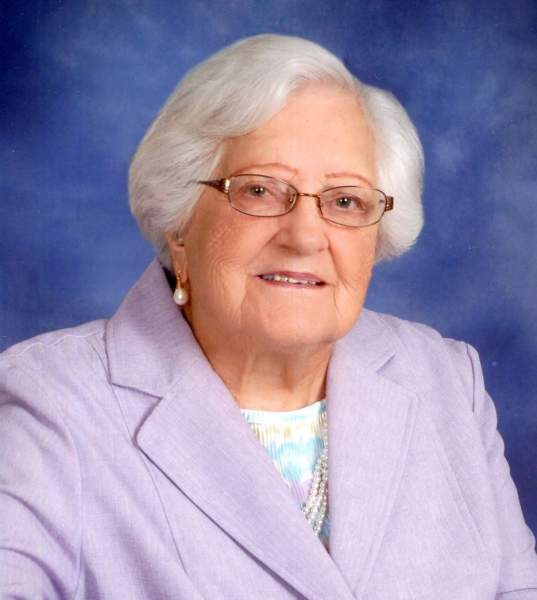 Please note, the services have been rescheduled to Wednesday, January 19, 2022 due to COVID.

Funeral services will be 3:00 pm Wednesday, January 19, 2022, in the Chapel of Leavitt Funeral Home with Rev. Stacey Lundy and Rev. Steven Chewning officiating. Interment will follow in Anson Memorial Park.

The family will greet friends one hour prior to the service on Wednesday at the funeral home.

Eleanor was born July 19, 1922, in Richmond County, NC (Hoffman) and was one of nine children born to the late Sam Jones Carter and the late Ollie Virginia Covington Carter. At the age of 4, her family moved to a farm in McFarlan during the depression. She then attended elementary school in McFarlan and later graduated from Morven High School.

Following high school graduation, Eleanor enrolled in Continental Beauty College in High Point and obtained her beautician license and moved to Winston Salem. She later moved to Charlotte to work in a salon at the Latta Arcade Building. It was then she met an Italian soldier by the name of Armando Pesce. Following their courtship, they were married in Charlotte on March 26, 1944.

Following, Andy’s discharge from the Army, they moved to Wadesboro, where he would be a barber. Eleanor worked at West Knitting Mills in Wadesboro for 35 years. Following retirement, Andy and Eleanor enjoyed camping together between trips to the beach or the mountains, anywhere that she could do a little fishing and make new friends.

She leaves to cherish her memories, her children, Brenda Swing and husband, Jeff of Leland and Sam Pesce and wife, Vickie of Peachland; her grandchildren, Amanda Nicholas and husband, Scott of Wilmington, Timothy Swing and wife, Trista of Chapel Hill, Heather Swing of Castor Valley, CA, David Pesce of Lilesville and Kristie McCollum of Peachland; her great-grandchildren, Gabe Hernandez, Mason Nicholas, Caroline Nicholas, Carter Nicholas, Eleanor Ruby Swing, Mabel Swing, Brianna McCollum, and Ginna McCollum;; her brother, Terry Carter and wife, Julia of Anderson, SC and her nieces and nephews and their families.

In addition to her parents, she was preceded in death by her husband, Armando “Andy” Pesce, and her sisters and brothers Virginia Brooks, S.J. Carter, Tilton Carter, Hazel Caulder, Audrey Threadgill, and Ollie Mae Chewning.

To order memorial trees or send flowers to the family in memory of Eleanor Carter Pesce, please visit our flower store.