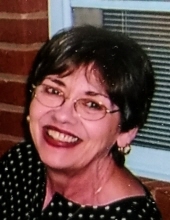 Elizabeth (Jane) Covington Clark, 78, died March 5, 2020 with her family at her bedside at Atrium Health Union in Monroe, NC after a lengthy illness. Memorial services will be held at 4:00 pm on Sunday, March 15th at Calvary Episcopal Church in Wadesboro, NC. The family will greet friends in the Parish Hall following the service. Jane was born in Wadesboro, NC on April 21, 1941 to the late Robert Capel Covington and the late Elizabeth Steele Little Covington. Jane attended Wadesboro High School and Greensboro College before earning her Bachelor’s Degree from UNC Chapel Hill in 1962. She later received her Master’s degree in counseling from UNC Charlotte. Surviving are her husband of 57 years George (Bill) William Clark, Jr. of Wadesboro, NC, her sons CAPT George (Trey) Clark, USN, of San Diego, CA and Alexander Swire-Clark of Easley, SC, and her grandchildren Ida and Henry Clark of San Diego, and Emma, Jude, Jillian, Thea, and Phoebe Swire-Clark of Easley. In addition to her parents, Jane was preceded in death by her dearest sister, Judith (Judy) Covington. Jane served as a banker early in her career in Richmond, VA during which time Trey was born, after which she and her family moved back to North Carolina where her second son, Alex, was born in Lumberton. They then moved to Wadesboro in 1976 where she lived the rest of her life, during which time she served and retired as a teacher and guidance counselor in the Anson County School system. Jane was very active in Wadesboro Calvary Episcopal Church, where she served in many roles during her life. She was a longtime supporter of the Anson County Arts Council and was active in the Wadesboro Garden Club, Meals on Wheels, and her book club, “The Athenas”, a group that counted among its members some of her closest friends. Jane enjoyed traveling and spending time with her family and friends, both local and distant. She was a voracious reader throughout her life and an avid card and board game player. She will be remembered for her selflessness and consistent concern for others. She was a friend to many in the community, a popular school teacher and counselor, a beloved wife, a caring mother, an engaged grandmother, and a humble servant of God. In lieu of flowers, memorials may be made to Calvary Episcopal Church, PO Box 942, Wadesboro, NC 28170; or the Hampton B. Allen Library, 120 S. Greene Street, Wadesboro, NC 28170.
To order memorial trees or send flowers to the family in memory of Elizabeth (Jane) Covington Clark, please visit our flower store.

The family will greet friends in the Parish Hall of the church immediately following the service.