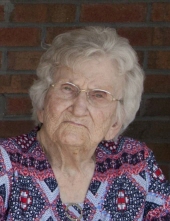 Greensboro – Eva Terry Currie, age 96, formerly of Wadesboro, died peacefully with her daughter by her side on Wednesday, June 16, 2021. A service to celebrate her life will be held at 3:00PM on Monday at Leavitt Funeral Home in Wadesboro. Interment will follow in Anson Memorial Park. The family will greet friends before the service beginning at 2:00PM. Born in Hamlet, NC, on August 9, 1924, Eva was a daughter of the late Edward Whitfield and Minnie Wilkes Terry. She met and married Clarence Currie and Eva loved being a homemaker. She also like to travel but her real pride and joy was her daughter, Terry Ann. Following Clarence’s death in 1983, Eva lived with Terry and her husband, Joe Sims, moving to several different places around the country including San Francisco. Survivors include her beloved daughter, Terry Ann Sims of Greensboro; and many nieces and nephews. In addition to her parents, Eva was preceded in death by her siblings, Beulah T. Wilkes, Ruby T. Bundy, Ruth T. McRae, Eddie Lee “Bud” Terry and Jay Henry Terry; and her favorite son-in-law, Joe Sims.
To order memorial trees or send flowers to the family in memory of Eva Terry Currie, please visit our flower store.
Send a Sympathy Card