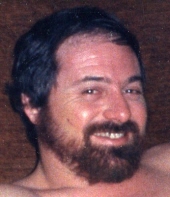 Salisbury- Mr. Floyd Gerald "Jerry" Connelly, 64, died Wednesday, August 21, 2019 at Kindred Hospital of Greensboro. The family will greet friends and share stories from 5pm til 7pm, Thursday, August 29, 2019 at the funeral home. A memorial service will be held at the old boat landing in Lilesville at a later date. Jerry was born October 6, 1954 in Beaufort County, SC, a son of the late Floyd C. Connelly and Betty Blackmon Connelly. He had worked as a truck driver, hauling fruit and produce from florida to hauling logs in the Carolinas. Survivors include his son, Jerry Lee Connelly of Wadesboro, his daughter, Dorothy (Phil) Lear of Wadesboro; two grandsons, Phillip Alan Lear and Tyler Seth Lear both of Wadesboro; his siblings, Cindy (Charlie) McKenzie, Debra (David) Sellers and Karen (Marty) Lee. In lieu of flowers to assist with funeral expenses, contributions may be made to: Leavitt Funeral Home, P.O. Box 274, Wadesboro NC 28170 The arrangements are in care of Leavitt Funeral Home. Online condolences may be made at www.leavittfh.com.
To order memorial trees or send flowers to the family in memory of Floyd Gerald Jerry Connelly, please visit our flower store.