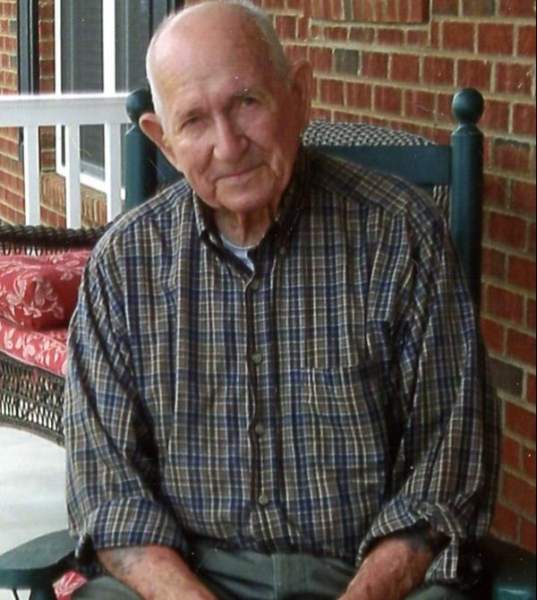 Wadesboro - Mr. Frank Nelson Wallace, age 92, slipped peacefully from this life to the next on Tuesday, May 24, 2022.

A service to celebrate his life will be held at 11:00AM Saturday, May 28, at Leavitt Funeral Home with Rev. Stacey Lundy officiating. The family will greet friends following the service.

Born May 15, 1930, in Anson County, Frank was a son of the late Earnest Richard Wallace and Maggie Turnage Wallace. Frank learned early on about hard work. He started working in the peach orchards when he was just 13. He developed a love of the outdoors that remained with him throughout a long life. He enjoyed hunting and fishing and when unable to do either, he relished in hearing and telling hunting and fishing stories! Frank enjoyed gardening and somehow managed to become the go to person in tilling Spring gardens for those too old or infirm to do it themselves. Some older folks in our community will remember Frank as the local “Red Star” Texaco service station operator, a job he cherished for nearly 20 years before having to relocate his business to Hwy 109 North. One of his many duties was the servicing of our local Post Office vehicles, including installing and removing chains as the weather dictated. And in 1960, it snowed every Wednesday for the first three weeks of March…poor Frank! After relocating, Frank continued to work on cars and perform small engine repairs for faithful customers for roughly another 30 years! He was also a proud veteran of the US Navy, an accomplishment that grew more important to him as he aged.

To order memorial trees or send flowers to the family in memory of Frank Nelson Wallace, please visit our flower store.