WADESBORO - Mr. Franklin Leon Hildreth, 74, died Monday, May 15, 2017 at Carolinas Medical Center in Charlotte. Services will be 4:00pm Friday, May 19, 2017 by the graveside in Anson Memorial Park with Dr. Fred Senter officiating. The family will greet friends from 6:00pm until 8:00pm Thursday, May 18, 2017 at Leavitt Funeral Home. Leon was born June 4, 1942 in Anson County, NC a son of the late William Major Hildreth, Sr. and the late Ruby Keziah Hildreth. He was co-owner of Hildreth Farms in Wadesboro where he started working as a young man with his father. He was a member of First Baptist Church, Wadesboro where he was a member of the Special Interest Sunday school class. Survivors include his son, Mark Hildreth (Terina) of Wadesboro; three grandsons, Douglas, Jordan (fianc, Alyx), and Cory; and sisters, Freida Johnson of Albemarle, Crista Canipe of Morven and Joann Kime of Wadesboro. In addition to his parents, he was preceded in death by his wife, Edna Moore Hildreth of 54 years on February 9, 2017 and his brother and sister, Bill Hildreth, Jr. and Linda Edwards. Leon was an avid outdoorsman and especially enjoyed hunting and spending time with his grandsons. The family rejoices in knowing that Leon has be reunited with his beloved wife Edna for all eternity. In lieu of flowers, memorials may be made to First Baptist Church, Chancel Choir, P.O. Box 423, Wadesboro, NC 28170. The arrangements are in care of Leavitt Funeral Home. Online condolences may be made at www.leavittfh.com Visitation Leavitt Funeral Home Thursday May 18th, 2017 6:00pm - 8:00pm 2036 Morven Road Wadesboro, NC 28170 Graveside Service Anson Memorial Park Friday May 19th, 2017 4:00pm 2207 NC Hwy 742 South Wadesboro, NC 28170

To plant memorial trees or send flowers to the family in memory of Franklin Hildreth, please visit our flower store.

A photo was added for Franklin Leon Hildreth 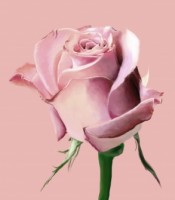 Leon Hildreth was one of my students when I taught at Wadesboro High School 1956-1959. May he rest in peace.

Brenda and I loved Leon! He was such a kind man....Our thoughts and prayers for the family...

We are so saddened at the loss of Leon & Edna. We will be praying for your families!