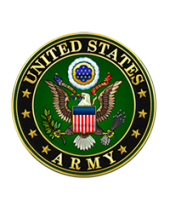 On Monday, September 3, 2018, Mr. George Rufus Harris, Jr. of Polkton, North Carolina went home to be with the Lord. He was born April 24, 1963 in Broolyn, NY, a son of Rosie Lee Ferby Harris and the late George Rufus Harris, Sr. George was a 1981 graduate of Bowman Senior High School, served in the United States Army as a Drill Sergeant and member of the 82nd Airborne Division. At the time of his passing, he was employed with William Goodyear Company. Surviving are his wife of 36 years, Cynthia Tillman Harris; his children, Romeo Harris, Synethai Harris, Christopher Harris, Samuel Harris; his grandchildren, Kenndey Harris and Fetima Harris; his brother, Gary Harris; his best friend, Paul Simons and a host of other relatives and friends. In addition to his father, he was preceded in death by a son, George Rufus Harris, III. Funeral services will be 12 Noon on Saturday, September 8, 2018 in the Chapel of Leavitt Funeral Home, Wadesboro. Interment, with military honors will follow in Williams Cemetery in Polkton. There will be no public viewing. The body will lie in state one hour prior to the service on Saturday in the chapel.
To order memorial trees or send flowers to the family in memory of George Rufus Harris, Jr., please visit our flower store.
Send a Sympathy Card