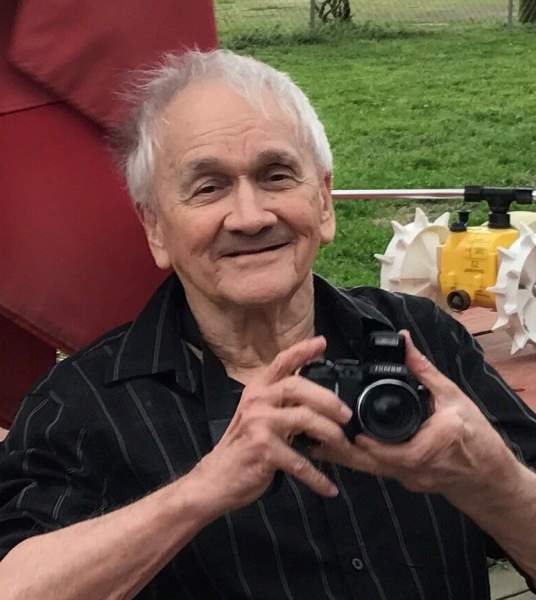 Services with military honors will be 11:00 am Friday, June 3, 2022, by the graveside in Eastview Cemetery, 704 Old Lilesville Road, Wadesboro. The Rev. Ron Honeycutt, Hospice Chaplain for Union County Hospice will officiate.

Buddy was born February 3, 1940, in Anson County, NC and was a son of the late George Huntley Hildreth and the late Sara Dickson Hinson Hildreth. He was a graduate of Wadesboro High School and attended Wingate College. He was a veteran of the United States Army.

He was a photographer by trade and was very passionate about photography. He often photographed, parades, beauty pageants and school sporting events.

An avid sports fan, he especially enjoyed both high school and college sports. Wherever he was living at the time, he supported the local sports teams. When he was a resident of the nursing facility in Monroe, he would walk across the street to watch the games and take pictures.

Travel was another enjoyment of his. He enjoyed good food, cooking on the grill and going to flea markets. The Pageland Watermelon Festival was a favorite even of his to attend, as well as, other community festivals nearby.

Those left to cherish his memory are his sister, Nancy Ann Kent of Monroe; his brother-in-law, Ben Thompson of Charlotte; his nieces and nephews, Monica Cole (Charlie_ of Monroe, Brian Thompson (Cindy) of Weddington, Sharon Demby of Chesterfield, SC and David Thompson (Kathleen) of Charlotte and their families.

In lieu of flowers, memorials may be made to Hospice of Union County, 700 W. Roosevelt Blvd., Monroe, NC 28110 or to the Animal Shelter of the Donor’s choice, as Buddy loved dogs.

To order memorial trees or send flowers to the family in memory of George Huntley Hildreth, Jr., please visit our flower store.