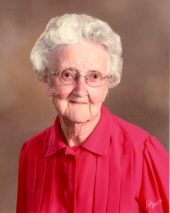 Ansonville Mrs. Gracie Barbee Carpenter, age 95, went home to be with the Lord on Monday, January 6, 2020 from Atrium Health Stanly in Albemarle, NC. A service to celebrate her life will be held at 2:00PM Saturday in her beloved Mt. Vernon United Methodist Church with Rev. J.D. Moffett and Rev. Fred Carpenter officiating. Interment will follow in the church cemetery. The family will greet friends from 6:00 until 8:00PM on Friday at Leavitt Funeral Home in Wadesboro. Gracie was born in Stanly County on September 25, 1924, a daughter of the late Weaver Alexander Barbee and Elsie Whitley Barbee. She was married to Mr. Fred "Buck" Carpenter, Sr., who passed away in 1989. Gracie was a devoted wife and mother. She loved sewing and cooking, and was noted particularly for her cake baking and pie making. She enjoyed spending time watching her "farm" animals chickens, horses, and donkey as well as the birds, especially hummingbirds and bluebirds. She was a longtime faithful member of Mt. Vernon United Methodist Church. Survivors include her son, Rev. Fred Carpenter Jr. (Rene) of Albemarle; 3 grandchildren, Matthew Carpenter (Katie) of Ansonville, Kelly Sheppard (Trent) of Peachland, and Carrie Gillespie (Maj. Ben) of Seoul, S. Korea; and 6 great-grandchidren, Scott, Hannah, Jack (Buck), Aiden, Austin, and Barrett (Bear). Also surviving is one sister, Betty Beachum (George) of Ansonville; many nieces and nephews whom she loved like her own children; and several great-grand-dogs that were very special. The family suggests memorials be made to Mt. Vernon United Methodist Church, c/o Joyce Meachum, 2139 Stanback Ferry Ice Plant Rd., Wadesboro, NC 28170.
To order memorial trees or send flowers to the family in memory of Gracie Barbee Carpenter, please visit our flower store.