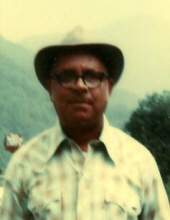 Funeral services will be 11:00am Friday, August 13, 2021 in the Chapel of Leavitt Funeral Home. Interment will follow in Seago Cemetery.

The family will greet friends from 6:00pm until 8:00pm Thursday, August 12, 2021 at the funeral home and other times at the home of his daughter in Lilesville.

Gurney was born August 2, 1932 in Robeson County, NC and was a son of the late Willie Brayboy and the late Jessie Belle Oxendine Brayboy McMillan.

He was a life-long farmer and had also worked in textiles.

Surviving are his wife of 69 years, Eula Mae Oxendine Brayboy; his children, Rex Brayboy (Rebecca), John Brayboy and Helen Sheppard (Charlie) all of Lilesville, Lindberg Brayboy of Polkton and Dan Brayboy (Robin) of Rockingham; 13 grandchildren; 9 great-grandchildren and his brothers and sister, Ernest Brayboy of Hamlet, Bracy Brayboy of Laurel Hill, Dale Campbell of Rockingham and Gilbert Brayboy of Lumberton.

In addition to his parents, she was preceded in death by his son and daughter, Sam Brayboy and Priscilla Ann Brayboy and by his brothers and sister, D.C. Brayboy, Hansel Brayboy and Iola Dennis.

To order memorial trees or send flowers to the family in memory of Gurney Brayboy, please visit our flower store.