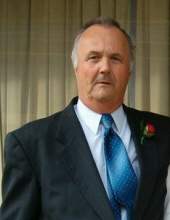 POLKTON Mr. Henry Carl Furr, Jr., 68, passed away peacefully at his home Friday, November 15, 2019 surrounded by his loving family. There will be a memorial service to celebrate his life at 3:00pm Sunday, November 17, 2019 at Freedom Baptist Church., 5964 HWY 218, Peachland, NC with Rev. Bill High officiating. The family will greet friends one hour prior to the service at the church Sunday and other times at the home. Henry was born March 5, 1951 in Anson County, NC a son of the late Henry Carl "Pete" Furr and the late Rachel Virginia Floyd Furr. He worked for 14 years with the Anson County Sheriffs Department with former Sheriff Tommy Allen and later retired from the North Carolina Department of Transportation. He had also worked with Attorney Henry T. "Hank" Drake for 20 years. Henry was very active in his community, having served several terms on the Polkton Town Council, as well as, serving as Mayor of Polkton. He was a member of Freedom Baptist Church. Surviving are his children, Becky Tucker (Eddie) of Chesterfield and Henry C. Furr, III (Melissa) of Polkton; his grandchildren, Kaylan and Erin Tucker and Jesse and Brianna Furr; his sister and brother, Kathryn Treadaway and Kenny Hildreth both of Polkton; a very special neighbor and friend, Darren Heafner who was more like a son to him and his nieces and nephews and their families. In addition to his parents, he was preceded in death by his wife of 48 years, Barbara Hilton Furr, December 7, 2018. The arrangements are in care of Leavitt Funeral Home. Online condolences may be made at www.leavittfh.com
To order memorial trees or send flowers to the family in memory of Henry Carl Furr, Jr., please visit our flower store.