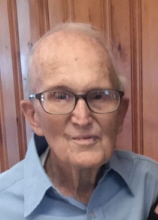 Mr. Henry A. Livingston, age 88, entered into rest on July 7, 2019, at his home in Cheraw, SC, after a short illness. A service to celebrate his life will be held at 12:00 Noon on Thursday, July 11th, in the Pleasant Hill United Methodist Church, McFarlan, NC. Interment will follow in Pleasant Hill Cemetery. The family will greet friends before the service at the church beginning at 11:00AM. Henry was born in Anson County on October 5, 1930, a son of the late Clara Allen Livingston and Hugh A. Livingston. He was retired from the NC Department of Transportation after 30 years of loyal service. Henry was a life-long member of Pleasant Hill United Methodist Church. Henry enjoyed camping and working outside in his yard. He will be remembered for his tremendous love of family, and was particularly proud of his grandchildren and great-grandchildren. Henry is survived by his wife of 71 years, Sarah Ratliff Livingston of the home; two sons, Hugh (Lib) Livingston and Jerry (Ruth Marie "Tilly") Livingston both of Cheraw; two granddaughters, Christie L. Davis and Kylie L. Driggers and a grandson, Ian Livingston, all of Cheraw; three great-grandchildren, Sage Driggers, Georgia Driggers, and Kinley Davis, all of Cheraw; and numerous nieces and nephews. In addition to his parents, Henry was preceded in death by three brothers, Robert Lee, Rufus and Johnny Livingston; and two sisters, Polly L. Edwards and Clara Ann L. Gathings. The family suggests that memorials be made to any hospice of your choosing.
To order memorial trees or send flowers to the family in memory of Henry A. Livingston, please visit our flower store.
Send a Sympathy Card