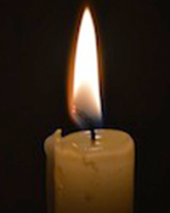 Monroe - Mr. Henry Bonnell Richardson, 85, died Monday, December 17, 2018 at Carolinas Medical Center Union (Atrium Health) in Monroe. There will be a memorial service at 11:00am Thursday, December 20, 2018 in the Chapel of Leavitt Funeral Home in Wadesboro. Inurnment will be private in Lilesville Cemetery. Henry was born February 5, 1933 in Robeson County, NC a son of the late Van Best Richardson and the late Edna Earle Arnette Richardson. He was a graduate of Lilesville High School and received a Bachelor of Science, as well as, a Master;s Degree in Education from Appalachian State University. He was a veteran of the United States Army. He was Head Master at Southview Academy in Wadesboro before beginning a successful career with public school education that would span more than 30 years, retiring as Principal with Charlotte Mecklenburg County Schools. Surviving are his son and daughter-in-law, Hank and Debbie Richardson of Indian Trail; his grandchildren, Stephanie Palmer of Charlotte and Alex Richardson of Indian Trail; his sisters, Jacqueline Richardson Huntley of Lilesville and Lynn Richardson of Durham and his nieces and nephews and their families. In addition to his parents, he was preceded in death by his wife, Freida Stiles Richardson and his twin sister, Maria Richardson Bliss. In lieu of flowers, memorials may be made to the charity of the donor's choice.
To order memorial trees or send flowers to the family in memory of Henry Bonnell Richardson, please visit our flower store.