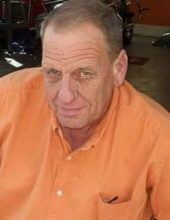 WADESBORO – Mr. Henry Allen Snuggs, 76, died peacefully on Wednesday, June 3, 2020 at Hospice Haven in Rockingham. There will be a memorial service at 11:00am Saturday, June 6, 2020 in the Chapel of Leavitt Funeral Home with Rev. Dr. Harry Workman officiating. Inurnment will be in Eastview Cemetery. An informal visitation will be one hour prior to the service at the funeral home and other times at the home. Because Allen was a simple man, the family requests causal attire for those who plan to attend the service. Allen was born March 23, 1944 in Anson County, NC and was a son of the late George Baker Snuggs and the late Nancy Chambers Allen Snuggs. He was a 1962 graduate of Wadesboro High School and enjoyed the times members of the Wadesboro High School graduating classes met together throughout the year. Allen worked for 60 years in the automotive and mechanic business, having first worked for 20 years at John Faulkner Motors and later was the owner and operator of Wadesboro Car Care (Wadesboro BP) for 40 years. Many citizens of Anson County relied on Allen for servicing their vehicles and just merely coming by the station to catch up on the news around town. Surviving are his wife of 56 years, Jeanne Marks Snuggs; his son and daughter-in-law, Mark and Melissa Snuggs of Monroe; his grandsons, Travis Snuggs (Cece) of N. Myrtle Beach, SC and Will Snuggs of Monroe; his great-granddaughter, Ashland Snuggs; his brothers, George “GeBe” Snuggs (Connie) of Rome, GA and Gilbert “Gil” Snuggs (Sandy Huntley) of South Port; his sisters-in-law and brother-in-law, Sue Henry (Bill) and Ann Hough (Moody) both of Wadesboro, Wayne Marks (Diane) of Albemarle and Marie Roberson (Ed) of Memphis, TN and his nieces and nephews and their families. Allen’s family wishes to express their heartfelt gratitude to Dr. Lincoln and the staff of Lincoln Family Medicine in Ansonville for all they have done for him and most recently to the staff of Richmond County Hospice and Hospice Haven for making his final days ones with dignity and caring not only for him but for his family as well. In lieu of flowers, memorials may be made to Richmond County Hospice Haven, 1119 US-1, Rockingham, NC 28379 or to First Baptist Church, P.O. Box 423, Wadesboro, NC 28170. The arrangements are in care of Leavitt Funeral Home. Online condolences may be made at www.leavittfh.com Due to COVID 19, social distancing mandates will be in effect for the services and vistiation.
To order memorial trees or send flowers to the family in memory of Henry Allen Snuggs, please visit our flower store.