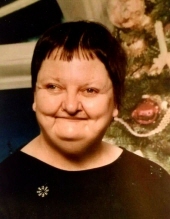 Wadesboro - Idell K. Stephens, 69, died Saturday, February 2, 2019 at FirstHealth Hospice House in West End. There will be a memorial service at 1:00pm Saturday, February 9, 2019 at Open Assembly Ministries, State Road 1814, 433 Whispering Pines Rd., Wadesboro with Pastor Gornie Williams officiating. Idell was born December 15, 1949 in York County, SC and was a daughter of the late Henry Worley and the late Nora B. Wright Worley. She had worked as a Certified Nurses Assistant at Wadesboro Nursing Home. Surviving are her daughters, Angela Perez of LaSalle, IL, Lisa Marie Dowell of Edn and Nora Jean Williams (Michael) of Madison; her grandchildren, Katie Sexton Rayo of Selma, Kayla Sexton of Pelham and Cody Biggs of Eden; 6 great-grandchildren and her brothers and sisters, Perry Worley of St. Louis, MO, Eugene Worley of Tennessee, Jeanetta Broome of Kannapolis, Faye Taylor of Mt. Holly and Dorothy Worley of Illinois. In addition to her parents, she was preceded in death by her husband, Henry Stephens, her grandson, Angela's son and her brothers and sister, Odell Worley, Margie Worley, and Calvern Worley. In lieu of flowers the family requests contributions be made to Leavitt Funeral Home, P.O. Box 274, Wadesboro, NC 28170 to assist with funeral expenses. The arrangements are in care of Leavitt Funeral Home. Online condolences may be made at www.leavittfh.com
To order memorial trees or send flowers to the family in memory of Idell K. Stephens, please visit our flower store.
Send a Sympathy Card