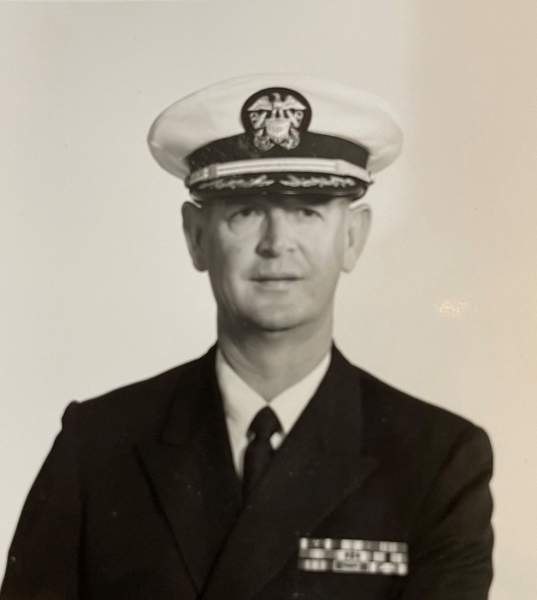 He was born March 28, 1940, in Anson County, NC, and was a son of the late Darlin Lee Thompson and the late Margaret Hayes Thompson. He was a graduate of Burnsville High School, Pfeiffer University, and Wake Forest Seminary.

Irvin was a veteran of the United States Navy, having served during the Vietnam War and for 26 years served the Navy as Chaplain.  Following his retirement, he was called back to the first church he pastored Forks of Little River Baptist Church in Troy.

He had a love of farming, gardening, all things nature and trees, antiques, the Navy, travel, family, pizza, a good soup, a summer tomato sandwich, and a rare steak. He loved being outdoors and finding things to work on. He was in tune with God and nature while spending time of his family farm in the Burnsville Community of Anson County. He had a gift of making some of the finest grapevine wreaths and would often share them with family and friends.

Irvin had a deep appreciation and love for Anson County, his home. He loved the community in which he lived and was good about visiting his neighbors, family members, and friends.

In 2004, he was instrumental in organizing The Compassionate Friends of North Pee Dee in Wadesboro. This was after the tragic loss of his son, Michael, as he, along with others in the community realized there was a need for a support group for families experiencing grief due to the death of a child. He and his wife have remained active and very supportive of the chapter even in times of declining health.

A man of great vision, creativity, never at a loss for words or an unconventional idea. His worn hands were a testament to an incredible work ethic, a lifetime of ingenuity, and his deep love and service for his family, his fellow man, and our God.

Those left to cherish his memory are his wife, Shasta Pope Thompson; his children, Terri Thompson and Marc Thompson and Otto Copeland, who is much like a son; his brothers and sister, Allan Thompson of Lexington, Barbara Leffew (Freelan) of Soddy Daisy, TN, Terry Thompson (Earline) of Myrtle Beach, SC and Donald Thompson (Ann) of Monroe; his sisters-in-law and brothers-in-law, Edith Thompson and Frank Pope both of Ansonville, Jean Thompson and Pauline Pope both of Wadesboro, Grace Pope (David) of Nashville, NC and Ann Pope of Winston-Salem and many nieces and nephews and their families.

Twilight and evening bell, And after that the dark! And may there be no sadness of farewell, When I embark;  For tho' from out our Bourne of Time and Place  The flood may bear me far, I hope to see my Pilot face to face When I have crost the bar.

The family plans to have a graveside service at Red Hill Baptist Church Cemetery in Polkton with a date to be determined.

To order memorial trees or send flowers to the family in memory of Irvin Hayes Thompson, please visit our flower store.