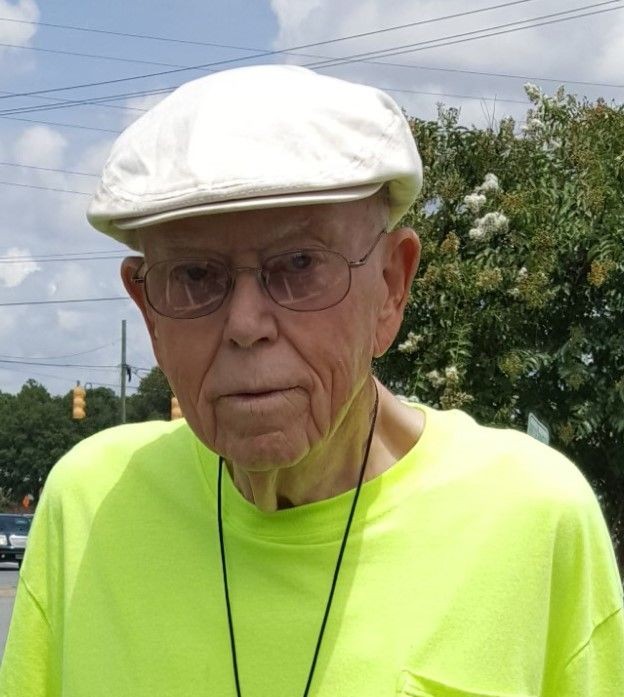 A native of Harris, Mr. Tate was born February 9, 1936, a son of the late Brodus Volney Tate and the late Jennie Sue Sane Tate. He graduated Harris High School in 1954, Gardner Webb College in 1956 with an Associate of Arts degree, and the University of Georgia in 1958 with a degree in Business Administration. Mr. Tate went to work in the business world but quickly realized he had a love of history and wanted to try teaching. So he enrolled at Southern Wesleyan College where he took the required education courses and once again graduated, this time with a degree in History and Social Studies. He began his teaching career at Louisburg High School in Franklin County, NC, where he taught for four years. Having family in Rutherford County and a sister in Orlando, FL, Mr. Tate took a job a teaching in Folkston, GA, which sat between the two locations. In 1966, Mr. Tate left Folkston for Anson High School in Wadesboro, NC, where he found his second home.

From 1966 until his retirement in 1993, Mr. Tate enjoyed a productive teaching and coaching career. His girls’ basketball teams enjoyed tremendous success and more often than not were conference champions. During his years in Wadesboro, Mr. Tate earned his Master of Education degree from North Carolina A&T State University. In charge of the school’s driver education program, Mr. Tate had the unique opportunity of teaching every single ninth grade student enrolled in the Anson County School System for many years. Following his retirement, Mr. Tate returned to the Harris area of Rutherford County to be closer to family. In February of 2021, due to declining health, he made the decision to return to Wadesboro.

Mr. Tate was a Scottish Rite 32° Mason holding membership in both the Kilwinning Masonic Lodge #64 in Wadesboro, and the Oasis Shrine Temple in Charlotte. He was affectionately known in Forest City by many local businesses as the “two dollar bill” man because he preferred to carry and use uncirculated two dollar bills rather than the more common one dollar bill. Perhaps though, he was best known by the locals as a liberal “yellow dog democrat” due to his unwavering support of the Democratic Party. Professionally, Mr. Tate was a lifetime member of the National Education Association and the N.C. Association of Educators, the North Carolina Driver and Traffic Safety Education Association, and the Retired Governmental Employees Association.

Memorials may be made to a charity of your choice.

Leavitt Funeral Home is in charge of arrangements. Online condolences may be made at www.leavittfh.com.

To order memorial trees or send flowers to the family in memory of James Ransom Tate, please visit our flower store.
Send a Sympathy Card