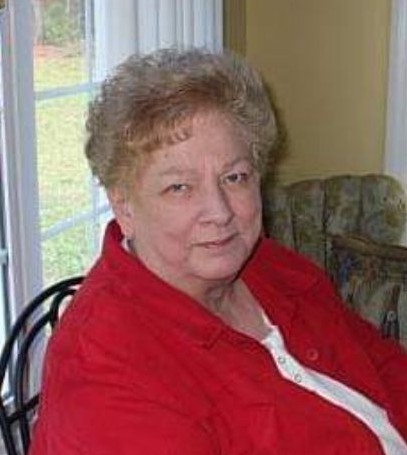 
There will be a memorial service at 11:00am Saturday, September 18, 2021 in the Chapel of Leavitt Funeral Home with Rev. Dr. Harry Workman officiating. Inurnment will be in Eastview Cemetery. An informal visitation will be one hour prior to the service at the funeral home and other times at the home and other times at the home of her sister and brother-in-law, Sue and Bill Henry in Wadesboro.

Jeanne was born March 23, 1941, in Anson County, NC and was a daughter of the late John Reb Marks and the late Mary Dallie Usrey Marks.

She was a 1959 graduate of Lilesville High School. She worked for more than 20 years with Thrift Loan and Finance and Western Auto and later worked closely with her late husband with their family business, Wadesboro Car Care (Wadesboro BP) for 40 years.

Surviving are her son and daughter-in-law, Mark and Melissa Snuggs of Monroe; her grandsons, Travis Snuggs (Cece) of N. Myrtle Beach, SC and Will Snuggs of Monroe; her great-granddaughter, Ashland Snuggs; her sisters and brothers-in-law, Sue Henry (Bill) and Ann Hough both of Wadesboro and Marie Roberson (Ed) of Memphis, T;, her brother and sister-in-law, Wayne Marks (Diane) of Albemarle; her brothers-in-law George “GeBe” Snuggs (Connie) of Rome, GA and Gilbert “Gil” Snuggs (Sandy Huntley) of South Port; and her nieces and nephews and their families.

In addition to her parents, she was preceded in death by her husband of 56 years, Henry Allen Snuggs; her brother, Reid Marks and her sisters, Marguerite Bunn, Louise Spivey Rivers and Mary Alice Gathings.

Jeanne’s family wishes to express their heartfelt gratitude to the staff of Anson Health and Rehab for the exemplary care they gave her while she was a resident there. The family is also grateful to her roommate, Pauline Lovette for her friendship and love through their time together.

The arrangements are in care of Leavitt Funeral Home. Online condolences may be made at www.leavittfh.com

To order memorial trees or send flowers to the family in memory of Jeanne Marks Snuggs, please visit our flower store.
Send a Sympathy Card